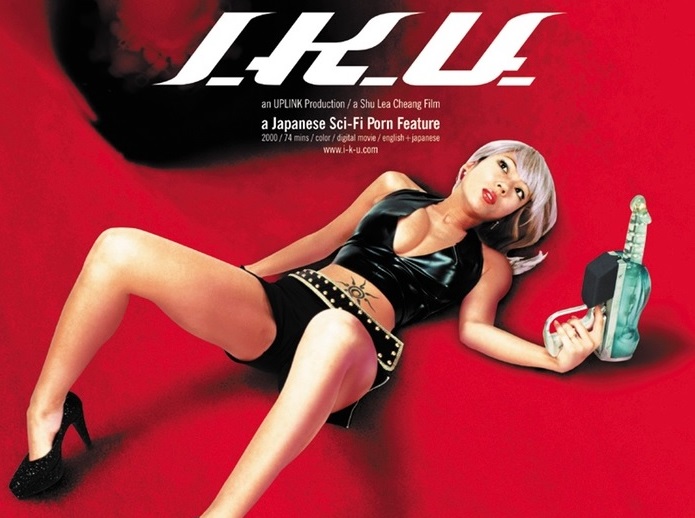 There are few interactions more intense than sex. And I mean good sex. Not the kind of sex where you’re lying on your back just taking it. Being a supine host for an unaccomplished zealot is no fun. But when you want to taste and inhale your partner, and they return that same lust, what forms is a chemical experience doused in sweaty ecstasy. This kind of sex might be the ultimate interaction. In the cybersexual universes of Shu Lea Cheang this is an undisputed fact, and it is big industry.

her status as celluloid’s cybersex queen.

Right now, Cheang is trying to raise funds via Kickstarter for FLUIDØ, a film of her jacked-up vision that takes place in a BioNet era—apps are bodily liquids, organs are re-engineered, and the body becomes hardware itself composed of tubes that can be hacked into (both physically and technically). It’s also set in a post-AIDS era, following years of experiments by pharmaceutical companies, which has led to gender fluid ZERO GEN humans who have genetically evolved to carry a bio-drug inside them. This drug has become the “hypernarcotic for the 21st century” and is, of course, found in their ejaculate. It’s the new sexual commodity.

You can see those clips below but, be warned, they feature nudity and are therefore NSFW.

I.K.U. is commonly referred to as a post-Blade Runner film, as its “mix of sensation and suggestion is perfectly suited to the post-hypertext world of post-verbal storytelling,” according to Rhizome‘s Ruby Rich. It pulls you into this world of pure feeling, as a viewer, with its “throbbing techno soundtrack, [plunging you] directly into the action by the animation tunnels that materialize at the onset of arousal,” Rich continues.

It’s also a film that’s post-videogame. It invites you to dive into the screen. Inside is a world where the spaces that distance our bodies from the electronic entertainment we interact with has been sealed as tight as a duck’s ass. The human-machine relationship has been made internal and forever by our new cyborg lives. I.K.U. communicates all this with its swathes of close-up liquids and naked human bodies, with the animated computer interfaces and washed-out digital effects, all of it interlaced as if it were part of an orgy-induced dream. As Rich also writes, it sees “pornography and science fiction, film and video and computer, matinee and late-night, gallery and porn arcade, all merge into a single movie experience.” Cheang and her films don’t want you to play, they want you to come get fucked.

You can support FLUIDØ on Kickstarter.