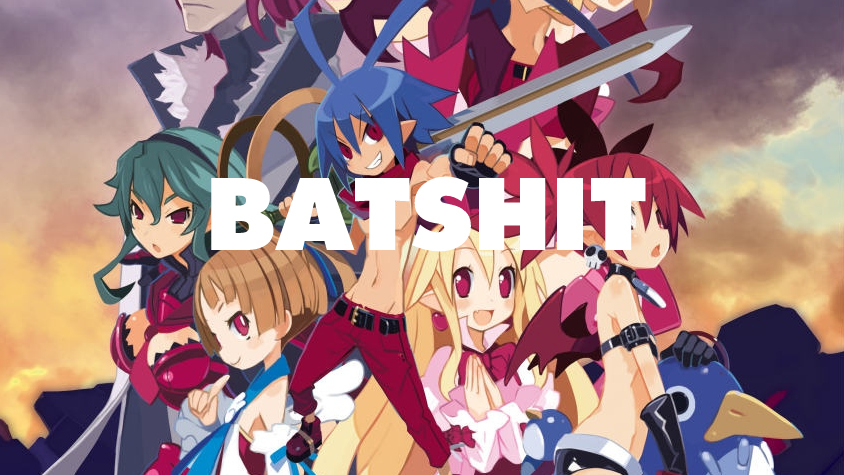 It’s a soft line that divides minimalist artwork and boring artwork. The whole world was on board for The xx’s 2009 debut album, but something changed on Coexist. It was, somehow, less. It was a painful reminder that it’s hard to say more when you made a point of saying very little in the first place.

Maximalism, on the other hand, doesn’t have a breaking point. When in doubt, add more. More power, more exasperation, more everything; overwhelm the audience. Go not for quiet but grandeur and you end up with Bruce Springsteen and the Divine Comedy. The soft, whispering allure of minimalism can create something cerebrally rewarding, but the bombastic shouts of maximalism inspire energy and emotion. This is what makes Disgaea D2: A Brighter Darkness, Nippon Ichi’s newest tactical role-playing game, such a trippy, fucked-up, and spirited adventure. It starts screaming at you the second you turn it on.

The bombastic shouts of maximalism inspire energy and emotion

D2 is set in a kingdom of demons called the Netherworld, and everything in this Netherworld is just batshit crazy. Aside from your usual zombies, angels, penguin servants, and anime girls, the game is host to a group of Machiavellian demon-politicians who, if properly bribed, will bestow your soldiers with a whole slew of combat upgrades. These motions are passed by the in-game Senate, known as the Dark Assembly, whose members you can sway to your side by throwing a bomb at them.

But the locus of D2’s gameplay is its combat. At first glance, the combat stays true to a traditional, Japanese tactical role-playing formula. A crew of medieval soldiers, familiar to long-time players of the series, ready their lances, broadswords, and spell-books to do familiar turn-based combat. But Disgaea has always been a bit more experimental than its stylistic contemporaries, in which the emphasis is often on weaponry and statistics. Cooperative creativity is Disgaea’s forte—success requires maneuvers that draw from the combined power of soldiers across the battlefield.

Similarly, D2 encourages the player to mix pure strategy with a little experimentation: you can ponder several battle configurations before deciding which path of action suits you best. But these strategically arranged combos are rewarded with orgasmic visual eye-candy on screen; all your carefully laid plans end in a beautiful mess of cel-shading and gratuitous damage. It’s all completely over the top—including the amount of damage you can do—but Disgaea D2 isn’t a game that values balance.

Nowhere is the game’s penchant for excess on better display than in the “mount” moves. As in many Japanese strategy RPGs, you’re given control over both a team of humanoid characters and minion types that aid your band of fighters. When you “mount” them, the minion picks up a character and throws them with a special attack move across the board. My penguin minion, who was logically enough named Sneaky Ninja, created a 15-second interactive maze during his special mount attack. I dodged through a maze full of fire while images of sexualized flames gyrated across the screen. Other videogames may have settled for a flame effect, but not D2.

This energy runs through every element of the game. The band of three that dominates the plot include an insecure demon-overlord with a deep Napoleon complex, an incisive and sexy demon companion, and an angel character seemingly inspired by Aeris Gainsborough. Their voice actors add some ethanol to the fire: all sound like 8-year-olds unleased on the floor at a pizza party. The banter is no less surreal. At one point, the trio emerges upon  a statue of Laharl, the main character, which makes him appear to be urinating.

Etna: “I figured adding a fountain feature would be a nice touch. Wasn’t that nice of me?”

Fionne: “Right on! You should have made it without pants!”

As Fionne finishes speaking, a group of monsters enter the scene, and place a plastic water bottle under Laharl’s penis. It fills with water.

And so another bong-rip of demonic surrealism fills the air. But it’s the contrast between this miasmic weirdness and the carefulness of the combat that makes it such a good hit. For all the chaos that D2 has to offer, it’s placed within an intricate framework that elevates the game beyond an incoherent mob of voices, characters, and choices. When the undergirding structure is strong, you can continue to ratchet up the aesthetic as far as they’ll go.