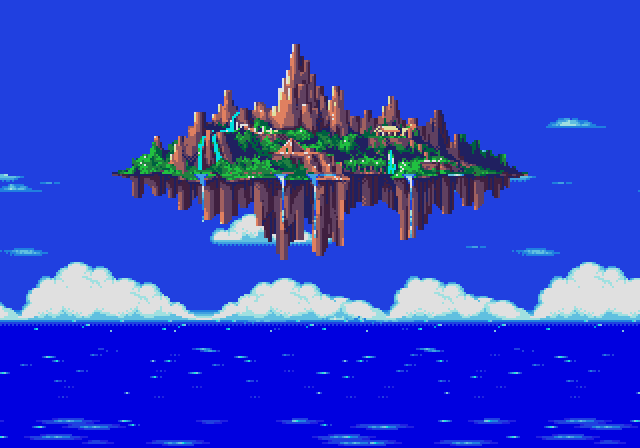 In a new interview with FACT, producer Tony Donson says, “I feel that maybe I’m the only producer within the contemporary music platform that’s using that sound chip.” He’s speaking of the Yamaha YM2612, the chip found in the Sega Genesis (or Mega Drive) from back in the early ’90s, and so when it is used, it’s typically to create fan versions of songs with the Genesis sound or to remix classic Sega songs. Donson’s claim is heavily disputed within the larger chiptune community, who point to thousands of other artists making similar use of the chip, many preceding him. For his part, Donson uses the sound chip to create house music that beams with the lo-fi tropical sounds of Sonic The Hedgehog (1991), as can be heard in his debut EP “Secret Island,” and he does it all under the telling moniker DJ Sonikku.

Speaking to FACT, Donson says that his introduction to music was through Streets of Rage‘s (1991) sound test menu on the Genesis, where he was able to listen to each stage’s soundtrack. This, he says, is where he learned what house and techno were before even knowing the words for their respective genre. The sound of the Genesis would stay with Donson for years as his family couldn’t afford a PlayStation One, meaning that he was playing the 16-bit console up to around 2000, so he tells FACT. He is hardwired into its iconic music. Be it no surprise, then, that one of Donlan’s biggest loves is Sonic The Hedgehog, which he still plays a lot today for its breezy, retro charm. “Obviously the music to the Sonic games is something that’s guaranteed to be good,” he told FACT.

Donson turned this love into his 3-track EP “Secret Island” which he says to FACT is modeled after an imagined island in the Sonic universe. Donson reasons that his fascination with the Sonic games is their nostalgic tones that are delivered with a notably pleasant air of innocence. The floating islands across the games are core to this aesthetic, being places untouched by humans, a paradise for the animals that live there. “The music reflects what it would feel like to discover that island for yourself,” Donson says about his EP to FACT. And key to achieving this feeling is tapping into the sounds of the Genesis’ sound chip.

Those years of listening to the Yamaha YM2612 at work has given Donson a deep intuition for how to get the most out of it when creating his own tunes. “I really like how gritty it can sound and metallic,” he told FACT. “You can also make really nice smooth, jingly sounds with it which is amazing.” He also claims that the chip has a “really amazing drum pack.” His understanding of the chip goes much further as he demonstrates when describing to FACT how he drags a sound into the sound frame so that it decodes—from this, he gets an individual instrument that he can manually tweak as he wishes, rather than settling with using pre-existing samples. “If I like the bassline on Green Hill Zone, I can put that in there and it gets the instrument for me and I can use that to make my own pattern out of it,” Donson said to FACT.

He’s one of a generation of musicians who have been raised on videogames to the point that it only feels natural to incorporate their hardware directly into their creative process. As FACT points out, one of his contemporaries is Yamaneko, who focuses on using PSOne sounds and the console’s Final Fantasy games as a focal point, and who Donson feels a connection with. Next up, Donson has two more EPs on the way: one is an extension of “Secret Island” while the other is darker, coming from a dystopian version of the island.

You can read the full interview with Donson over on FACT. You can also listen to and purchase Secret Island on Lobster Theremin.

CLARIFICATION: This article has been updated to more clearly attribute the quotes to FACT Magazine, and to address their controversial nature within the larger chiptune community.