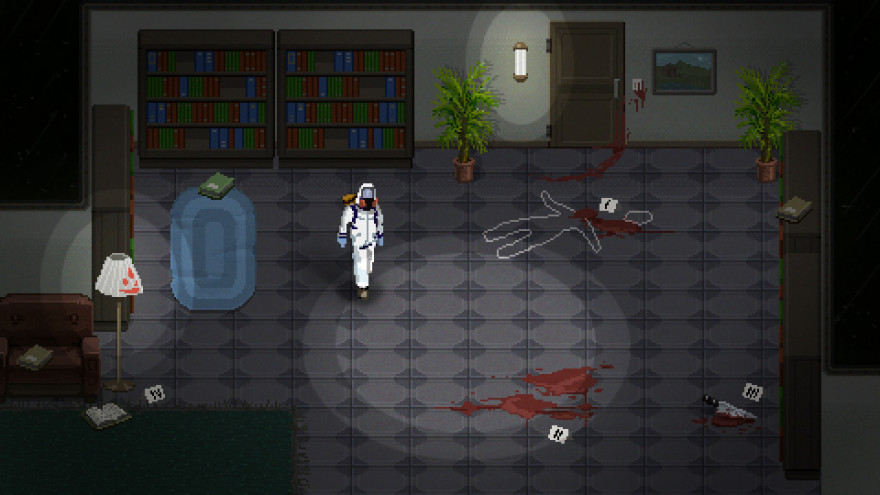 I have a friend who works in the ambulance service. He tells me stories. I ask him to. The expected tragedies aside (horrific traffic accidents, families in peril, octogenarians dying alone completely neglected), the most fascinating details of his job, at least to my eager ears, are sourced from his on-job training days.

This is when he was instructed to shadow the movements of a 40-year veteran (now retired), learning his techniques, picking up his intuition. What most struck me and, it seemed, my friend, is how this guy was able to stride into a stranger’s house and, within seconds, figure out exactly what had happened there down to the finer details. With a quick scan of a room he’d see a small box of pills on an end table, a ruffle in the carpet, perhaps an old glass of water, and then draw lines between them all. He’d proceed to then confirm what he already knew to the person he’d come to treat, asking questions with “isn’t that right?” or “didn’t you?” at the end. They’d nod along in bewilderment.

enter the aftermath of murders and domestic abuse.

This ability to analyze a scene and slot together the information it revealed is essential to the emergency crew. It saves time and helps them to figure out how to approach the patient before they’ve even spoke to them. But it’s also part of the detective’s toolset, as they must also string together the clues they discover around a crime scene. It’s this higher level of cognitive awareness that we admire in TV detectives: the attention to detail and meticulous note-taking of True Detective‘s Rustin Cohle, and the unusual capacity to understand serial killers possessed by Hannibal‘s Will Graham. It’s the same skill that my friend and I admired in this learned mentor of his.

That’s why Do Not Cross‘s story of a crime scene cleaner going astray and pursuing clues towards solving mysteries—going out of his way to do a detective’s work—doesn’t seem far-fetched at all. In fact, I’d be surprised if it hasn’t happened before, but I am surprised that it isn’t the plot of an already successful TV show.

The idea behind Do Not Cross is to simulate what it would be like to have one of this world’s most grim jobs. You duck under the yellow police tape and enter the aftermath of murders and domestic abuse. With a breathing mask on and suited up in white overalls, you traipse between chalk outlines, sometimes rotting cadavers, before zooming in on a particularly nasty pool of blood to clean it up.

The cleaning activities themselves are routine performances. They’re played out as mini-games, with each having controls specific to each action so as to emulate the different requirements of each part of the job. It’s not a case of pressing a button to “Clean,” as it might be in an adventure game, and then you’re done with it. You have to use the mouse to guide a gloved hand to pick up a blood-soaked rug, then select the disinfectant to hose the tiled floor down, before using a scraper to loosen all the dried-on plasma.

“he becomes fascinated by the dark subject matter.”

But there’s more to Do Not Cross than that. It’s optional, but you do have the opportunity to look for and collect clues from around the environment, utilizing the tools of your trade for tangential purposes. Of course, you shouldn’t be doing this; it’s a violation of a person’s private life. Nor is rifling through the possessions of the victims to find out more about them something you’re going to be paid or otherwise rewarded for. However, this is the direction the subtle narrative of Do Not Cross goes.

It’s subtle in that it’s what the character you play as wants to do, it’s where this job ultimately leads him, and what the game is really all about, but none of it is forced upon you. “It will revolve around the downfall of the protagonist,” begins the game’s creators as they explain the story. “He starts out as a rather normal individual. The more time he spends alone with his job the more he becomes fascinated by the dark subject matter. This development won’t stay without consequences, and will be the central pillar of the story.”

So it seems that the title Do Not Cross isn’t only a reference to the yellow tape he breaches, but also the line this character crosses both in his mind and in the duties of his job, much to his detriment. It’s an idea that’s only in its early stages at present but Do Not Cross is already engaging with what it has. The early looks at its development the creators offer promise a game that should satisfy our love of the darker side of medical and crime drama, the very draw that some of the most popular TV shows have.

You can follow Do Not Cross’s development on TIGSource.