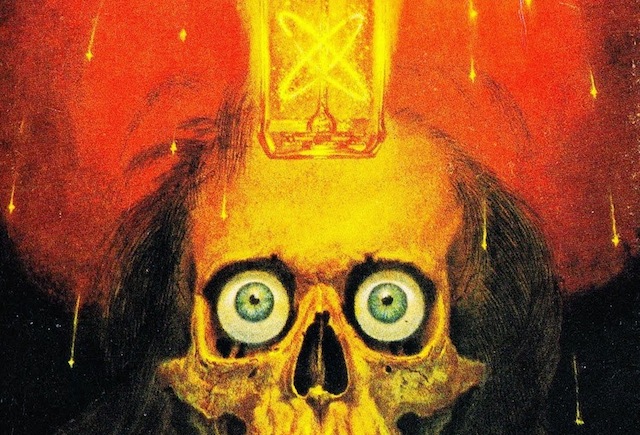 Probably not. But the other day Aeon Magazine published a pretty creepy article, 3,500 words in length, speculating on the possibility of an afterlife which is entirely computer-simulated. So, basically, the singularity. The author’s thought process flows from the old question: if we could upload the content of our minds into a computer, wouldn’t we, like, live on forever? The way he describes it sounds kinda like The Sims, which isn’t so bad, considering the alternative is being stabbed with pitchforks for eternity for trying to become an immortal computerized demigod.

The author Michael Graziano, a neuroscientist by trade, goes on to explain:

If you die and are replaced by a really good computer simulation, it’ll just seem to you like you entered a scanner and came out somewhere else. . . . This vision of a virtual-reality afterlife, sometimes called ‘uploading’, entered the popular imagination via the short story ‘The Tunnel Under the World’ (1955) by the American science-fiction writer Frederik Pohl, though it also got a big boost from the movie Tron (1982).

I saw that one. I know what happens if you fall off the light-cycle. Not exactly my idea of spiritual bliss. If we get lucky, though, VR heaven could be like any videogame:

It’s already possible to programme a video game in which players move through a maze of four spatial dimensions. It turns out that, with a little practice, you can gain a fair degree of intuition for the four-dimensional regime… To a simulated mind in a simulated world, the confines of physical reality would become irrelevant.

Actually getting to this out-of-body-wonderland is the tricky part. The thing is we’d need a complete brain scan. None of the current options quite do the trick: genomes, neural maps, psychic readings. And also this would require the development of virtual environments we actually want to spend forever in. Valve, Gabe, Palmer Luckey of Oculus Rift, we’re counting on you for eternal life.