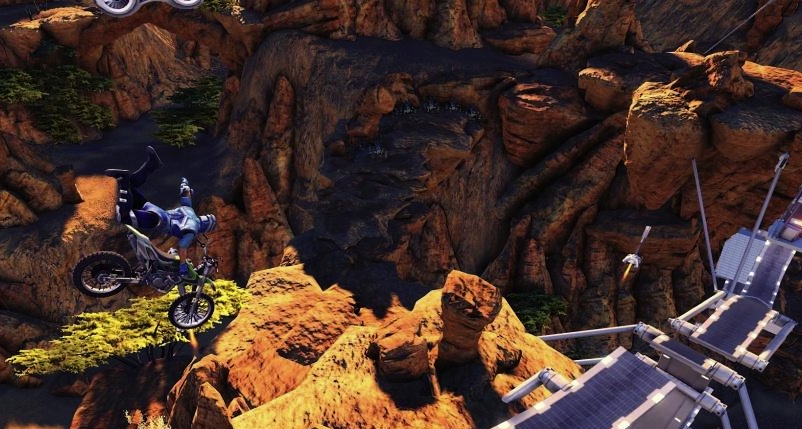 Trials Fusion is a mindlessly fun game about doing tricks on dirt bikes, in which you repeatedly and tirelessly crash to your death—the type of game you’d never expect to feature a morose, creepy plot about an unethical corporation cloning human bodies. But according to this theory on YouTube, all those crates are stuffed with lifeless cloned bodies that are revived in the cloning facility moments before you spurt off and suffer a spinal injury in a horrible crash, bringing an “It’s people!” twist to the concept of the extra man.

While this is very much conjecture, the video points to some pretty convincing evidence. We should remember that the original Trials HD had a similar secret, a rabbit hole more esoteric than the most overanalyzed Stanley Kubrick films. RedLynx even fessed up to it. Just something to keep in mind while you’re pulling ungodly chains of backflips.