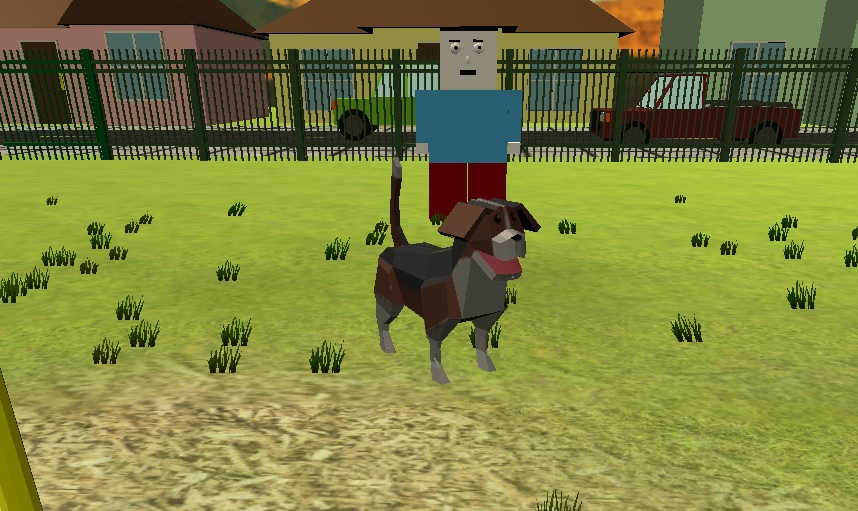 There are many things that separate the common Canis Lupus from the beloved “doggo.” Since the rise of meme culture in the late ‘aughts, dogs have become their de-facto mascot: sniffing, fraternizing, and bumbling their way through life. Many will be familiar with the gargantuan Facebook communities “Dogspotting” and “Cool Dog Group” (the latter of which has less rules and regulations), which pride themselves on spotting the most eccentric and adorable canines all over the world. All in all, every dog is a doggo: it’s an endearing title that highlights their goofiness and pureness of heart. Humanity doesn’t deserve dogs.

Every dog is a doggo

It’s not much of a surprise, then, that designer Jake Garett has blessed us with a Doggo game. Simple and charming like the species it’s named after, it places namesake Doggo in a sandbox dog park along with his owner and a few different canine companions. Doggo tasks you with, well, being a normal dog. Fetching a ball ravenously for your owner, weaving through slaloms (and being sure not to catch your tail), and the occasional exchange of barks with another pooch makes up the core of Garett’s game.

There’s no deeper meaning to be found in Doggo—the beauty is in leading a life as simplistic and carefree as that of the average dog.

Doggo is free to download, but requires an Xbox controller be linked to your computer, which could mean installing some finicky drivers. The game as it stands now is a prototype—it’s not clear what features will be added in the future. Playing Doggo is not a lengthy endeavor, but you’ll leave satisfied, at the very least, by the reminder that dogs exist.

Go fetch Doggo for yourself here.