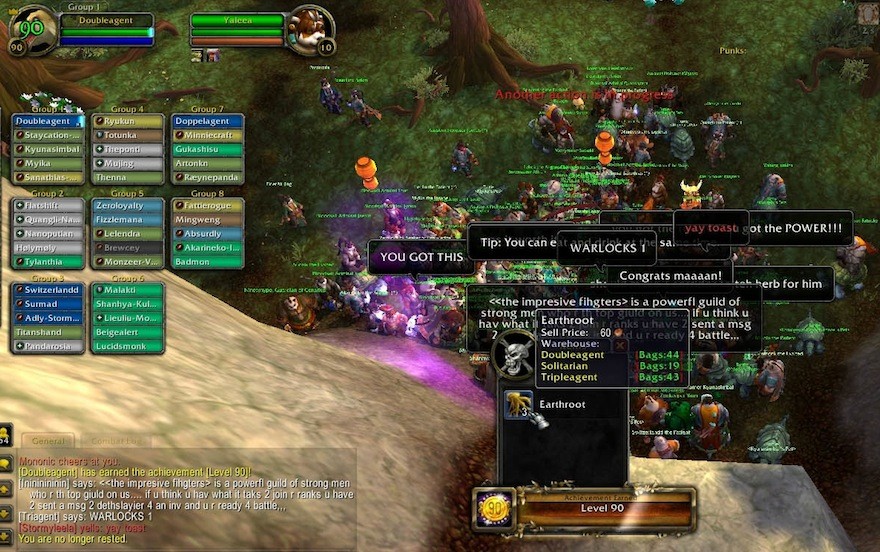 After spending two years in exile in The Wandering Isles, the opening area in World of Warcraft, which is pretty much intended to introduce players to the game, WoW player Doubleagent has reached level 90, the maximum character stat in the dragon-dueling MMO, which is patently insane.

You might not realize how big and strange of an achievement this actually is. Yes, WoW is an expansive world, with plenty of giant rats and things to slay and level up from, but in the opening zone, there’s little at all to kill, except in a handful of rookie missions. This means that, for most of the excruciatingly long grind, the ever-devoted Doubleagent had to play the role of a pacifist, getting by on mining and picking herbs.

On the inevitable question of “Didn’t this suck royally?” Doubleagent says, “At times I can find it relaxing, a change from the normal. Plus it’s pretty easy to do when I have TV shows or movies that I need to catch up on, more so than trying to do that during a battleground or raid.”

What drives one to perform such an impossible, monotonous feat? On the battle.net forums, he writes that he did it on a lark. It seems a friend had bet him that he couldn’t reach the level cap while remaining “neutral,” i.e. without choosing to side with either the Alliance or the Horde, which the player is forced to do after the introductory area. I don’t know if this speaks to the undying will of the human spirit, or is just someone who had two years of his life to kill.

Here are the final 45 minutes of his ascension in all its glory: