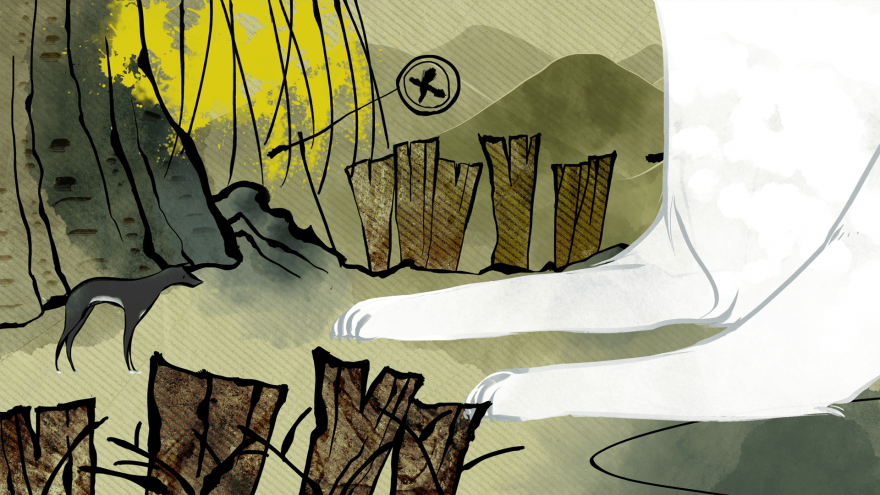 Katabasis, a term describing a hero’s descent into the underworld, is seen often in Greek myth. Odysseus spoke to spirits during his voyage and was frightened by the looming depths. Hermes rescued Persephone from her unwilling marriage to the god of death, granting her half of every year above ground before returning to her husband. The tale of Orpheus tells of his folly in rescuing his wife Eurydice, who died of a snakebite: Hades and Persephone let him lead her out of the underworld on the condition that he not turn to look at her until they were back in the world above. As he reached the surface he looked back, forgetting that she had to be alongside him, and she vanished.

Like the legendary Orpheus, the protagonist of Don’t Disturb, an upcoming game out of East Asia, seeks to traverse the underworld in order to bring someone he loved back to him. But there is no Eurydice in this tale, no Hades and Persephone on the thrones of Hell to set conditions and steal the happy ending. This story takes place on the other side of the world, clean of that mythology and the outcome tied to it. Don’t Disturb is Chinese, not Greek. The woman who has gone to the afterlife is old and sweet. You play her dog.


Ever since Hachikō the Akita spent nine years waiting for his owner to come home, the bond between dog and master has proven an impossible, heart-wrenching phenomenon that makes us all want to hug our furry friends a little tighter. If Don’t Disturb is going to spend the whole game tugging that heartstrings, I’m not sure I’ll be able to make it through with dry eyes.

It seems that every month there’s a similar story about some poor pup whose owner died tragically, spending its days waiting at a street corner or train station for its master to arrive. The loyalty of these tales is devastating, but the implication of helplessness even more so. They can do nothing but wait. We know that, despite their love, they’ll be waiting forever. So why not rewrite that story too?

We don’t yet know the name of the pretty hound that heads Don’t Disturb, but we do know that unlike his earthly companions, he won’t be helpless. Contrary to the title’s warning, he’ll find his way to the underworld, past death, and he’ll bring her back. Like Orpheus, but with a better ending this time.

You can vote for Don’t Disturb on Steam Greenlight.