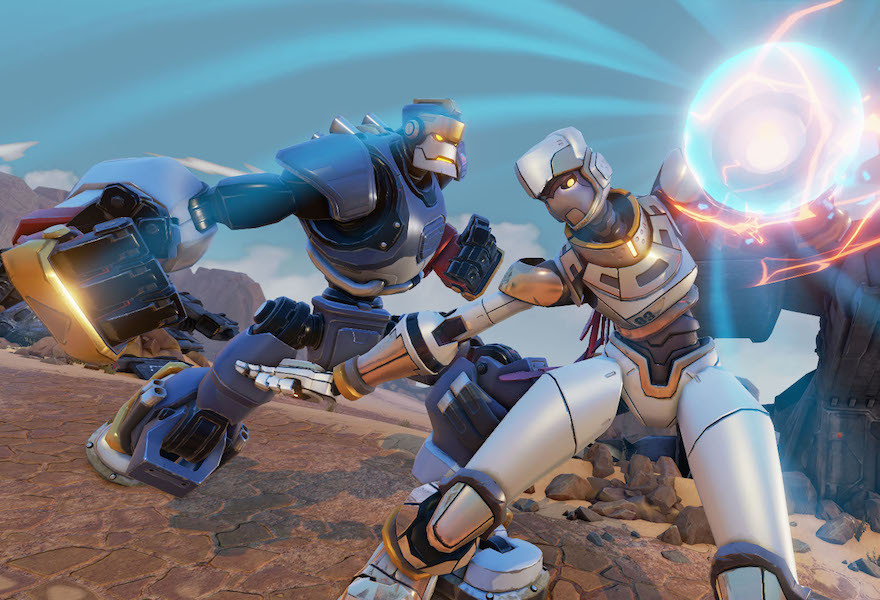 Featuring an array of multinational giant robots punching the living daylights out of each other, Rising Thunder is the latest project from Street Fighter commentator and community celebrity Seth Killian. As a free-to-play PC exclusive, it’s already unique among its brethren, but one particular design decision has generated some heated controversy among fighting game fans: you execute every move in the game with just a single button.

Fighting games have always been known for their intricate strategy and mechanical depth, but because they also tend to be associated with overly complex controls, newcomers are often afraid of diving into the genre. Intimidated by what at first seem like complicated button commands for executing special moves, such as Street Fighter’s famous hadouken (quarter circle forward + punch, by the way), people generally acknowledge the quality of fighting games while at the same time writing them off as “not their thing.”

Rising Thunder seeks to change that. Following in the footsteps of the in-joke heavy Divekick, which parsed its controls down to two buttons, Rising Thunder does away with quarter circle forwards and other lengthy command strings in order to shift the focus from learning how to navigate a control scheme to learning how to fight. The idea is to introduce newcomers to more advanced techniques such as spacing (controlling the distance between you and your opponent) and mind games (tricking your opponent into giving you an opening) by lowering the barrier to entry. While there are those who would argue that traditional inputs for special moves aren’t too difficult, and that this oversimplifies the game, the hope is that players who grind their teeth on Rising Thunder will be able to take the tactics they’ve learned there to other fighting games and, aside from having to learn button commands, know how to be competitive right away. If Rising Thunder had things its way, it’d be the premier way to learn how to play fighting games for those intimidated by controls that sometimes look more like the Konami Code than fast-paced game commands.

Rising Thunder is currently running an open technical alpha, so feel free to sign up for a chance to play the game yourself. And no need for expensive arcade sticks, as this baby’s built to run on your keyboard (or controller, if you have one).