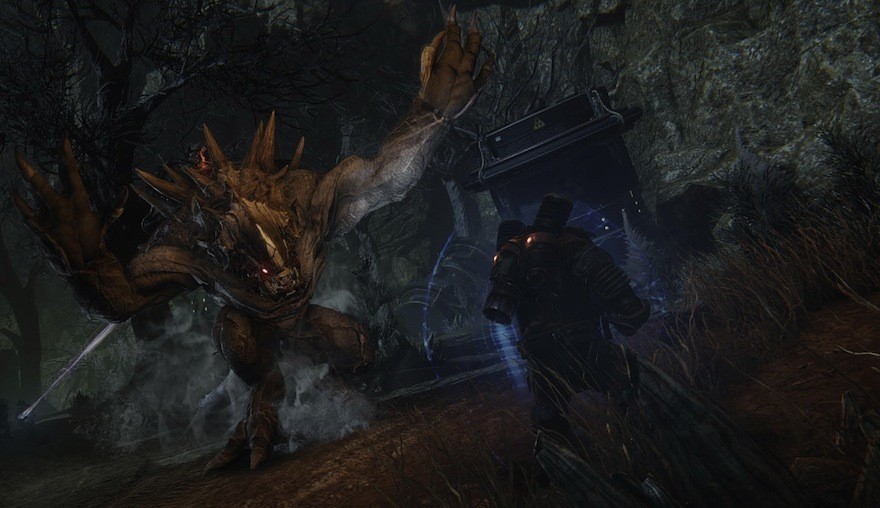 When PC Gamer asked Turtle Rock’s artistic director Phil Robb if Evolve would take advantage of the tech that made Left 4 Dead sing, specifically the horde tech and the AI director, his answer dodged the question, then wrapped up with a roundabout no. “In terms of that sense of being overwhelmed we’re not really aiming for that, but a different kind of tension,” he said. You can read it for yourself here, but the tone of the interview implies that the systems that Left 4 Dead is famous for still belong to Valve.

However, what we’re getting may be even better, as the game’s multiplayer will pit four players against one player who’s controlling a giant badass monster. Footage of the game is below; check it out and see if you can read the runes.