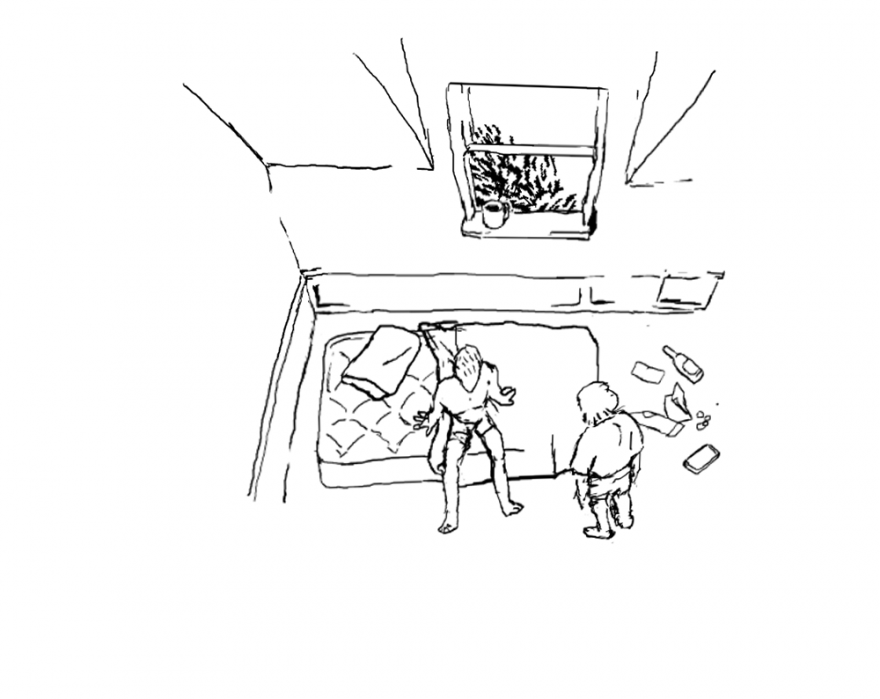 A Game About Conservatory is somewhere between being a game and guided meditation. It is also, I guess, music criticism, though not of the Pitchfork variety.

The game does what it says on the tin. You are in a music conservatory, discussing scores, recordings, and practice with your fellow students. That said, carrying out deeply structured conversations is not the point of the game; the conversation trees often provide only one option for you to focus on. There are choices, but they are few and far between.

has more to say about subjectivity than music itself

Where A Game About Conservatory succeeds is in highlighting specific elements in its soundtrack. The choppy structure prevents the music from simply washing over you in a luxurious haze. The characters highlight what it is about these songs that stand out to them or how they feel in the moment. You see very little of the conservatory or the world at large, but what there is serves to highlight space’s effect on characters. Music is subjective, and A Game About Conservatory has more to say about subjectivity than music itself.

They are doing sub-textual analysis, highlighting both the sounds that interest them and the differences between recordings. These are points that seem obvious in hindsight, but aren’t always obvious when distractedly listening to music. A Game About Conservatory, by chopping up and interrupting music with scenes and dialogue, forces you to notice these beats. It is critical discourse in an unconventional package.

You can download A Game About Conservatory over on itch.io.