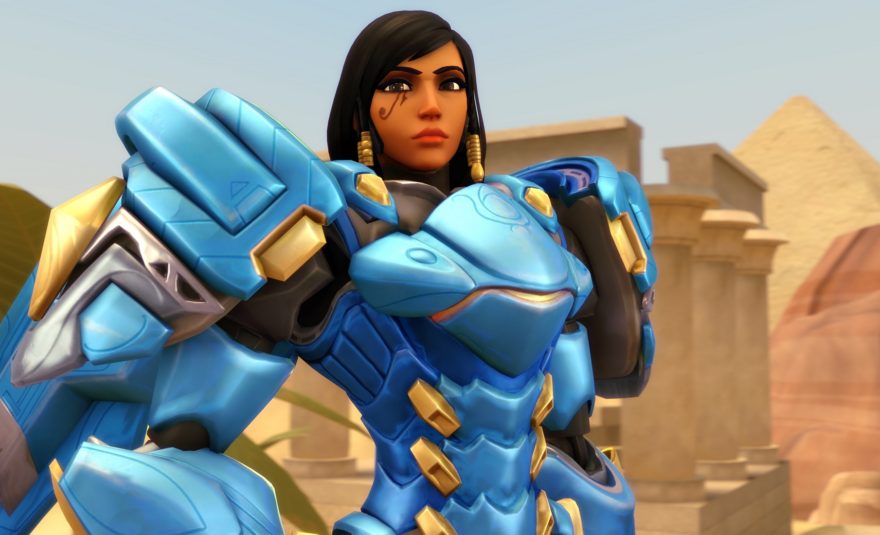 At the end of a round of your fave shooter, you are blessed with a wall of stats to pore through and analyze. If you’re a Very Serious Player, maybe you bought a Very Serious Mouse to improve your “accuracy percentage.” But what if one of those popular statistics—bragged about and trained for—were “bullets landed.” This would be very silly. A stat like that would suggest your goal is to recklessly fire as many bullets as you can to maximize the opportunities for one to smack into somebody … What a coincidence, then, that Pharah has this stat, as well as splash-damaging rockets, and—like everyone else—infinite ammo.

you too can land some rad Pharah kills

Leading your targets and very nearly one-shotting Tracer is satisfying, but in no way do you need to be a tactical pro to excel with Pharah. It does not matter if you’re a newbie, drunk, sleep-deprived, or playing with your feet, you too can land some rad Pharah kills if you just follow these steps:

Overwatch levels have a bunch of verticality built right into them, and Pharah is the only character who continually scrapes the top of the level, and who slides off roofs that are suspiciously much more slippery than they look. In fact, while she’s busy dropping rockets on dejected Reapers and D.Vas, only one other hero can get nearly as high: Pharah’s sweet wonderful girlfriend Mercy.

When Mercy’s watching out for you, you really can one-shot Tracer, or survive against those dangerous heroes who shoot normal straight bullets, which in Overwatch is, like, one guy. With the power of love and rockets and not a care in the world for aim, Pharah—with Mercy’s help—really just ruins a team like they’re so many grumpy dwarves or earth-bound gorillas.

Genji – Genji is with you
McCree – Who you kidding? McCree is Overwatch‘s true shooter
Reaper – In defense of Reaper, the patron saint of mall-goth teens
Soldier 76 – Soldier 76 is here to make everyone else look good
Tracer – A series of limericks about Tracer, because why not