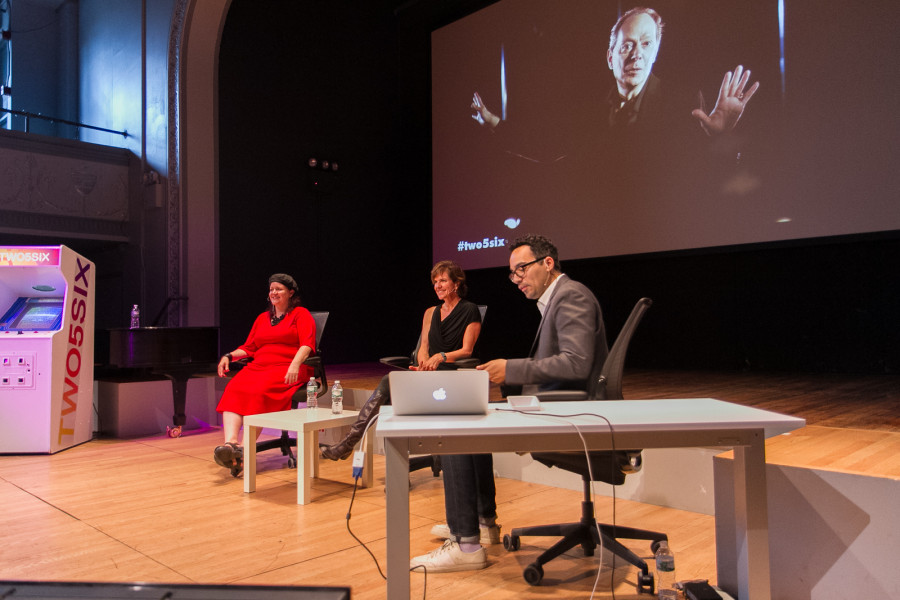 Catherine Burns and Jennifer Hale discussed voices and storytelling at this year’s Twofivesix conference. Burns is artistic director of The Moth, a program where amateurs are invited to tell a true story in monologue format. Hale is an actress best  known for her voice work in videogames such as Mass Effect and Bioshock Infinite. “We are hard-wired physiologically to respond to human voices,” Burns said. Hale agreed, adding, “It’s not just the sound of something, it’s the aural expression of someone’s being.”

This is the very idea that has kept The Moth in its purely monologue form. “There’s something nice about having this place and space that’s just the voice,” Catherine said. Outside direction can be key for vocal storytellers, especially amateurs, for whom it can be somewhat difficult to tell personal stories in a way that does them justice. “We encourage people to be themselves,” Burns said of the ameatuer storytellers featured in The Moth. Since the stories in The Moth tend to be deeply personal, this natural mode of storytelling enhances the individualized subject matter.

When it comes to Hale’s voice acting in videogames, there is much less flexibility for personalization. Good direction for game voice actors is different from the direction Burns provides Moth participants. “Good direction for me, especially in games, involves context,” Hale said of the direction she receives when voicing a game. Hale recalled that during her audition for Mass Effect, she was given Han Solo as the archetype for Commander Shepard. While the character eventually became hers, there was little room for deviation across the 7,000 lines she delivered for Mass Effect 3. Since recording for games requires such a high volume of lines at once, getting into a rhythm of the script is crucial to delivering a good performance. Both speakers demonstrated how voices can truly define how a story is told. As Hale said of the human voice: “It’s one of the most underestimated things out there.”