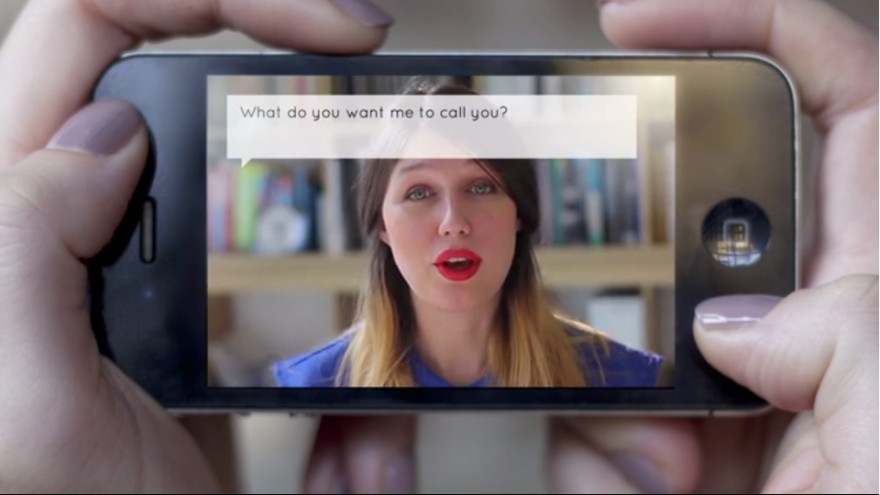 Move over Scarlet Johansson, because Blast Theory’s coming out with a new virtual life coach/stalker/overly attached girlfriend to put in your pocket. Her name is Karen, and while she may not possess the Scarjo raspy sex-voice, she will psychologically profile you.

Blast Theory, a group of artists in Brighton, UK who focus on interactive projects, were interested in how they might use big data to develop an app that responded to you. So they came up with Karen, who gets to know you through questions, games, and daily chats. Through your answers Karen will try to figure you out, with questionnaires that mostly derive from well known psychological profiling tests.

Karen comes to you through a daily feed of interactive HD videos that allow you to respond through touch and text. Although you can choose to ignore her or ask her to “call back later,” she’ll become more responsive the more time you spend with her. But be careful, because this is an experiment in big data utilization, and Blast Theory seems to want to test out just how far they can take things. “As she gets to know you, she gets more and more curious,” their Kickstarter campaign reads. “She seems to know things about you that she shouldn’t… Where exactly is this going to end?” If you become a backer, they’re even promising to show you how they used the data to shape your experience

Karen’s main feature is that she will act differently according to who she thinks you are, as well as your answers to questions like “how was your day?” As Blast Theory’s blog says, “We’re exploring how an artwork may mould itself around each audience member or participant or (if you’re a drug dealer/interface designer) user. And we’re reflecting on the overall drive towards profiling and personalisation in the culture more widely.” By deducing “meaningful knowledge about our audience,” Blast Theory hopes Karen will ultimately be able to “adapt the experience in ways that are rich and meaningful.”

The most disconcerting thing to me about Karen, though, is not her psychological profiling or big data usage. It’s actually the brief mention of her “friend crush on you” and how it “intensifies” the more she gets to know the user. Hmm. Karen, I might not swing that way, but I know plenty of people who’d probably misinterpret a “friend crush” and start showing you off as their totally hot virtual British girlfriend. Just a heads up.

Blast Theory will only be able to move on past the prototyping phase and into actual development if they reach their 15,000 euro goal on Kickstarter. While they only currently have plans to release on iOS, they do hope for an Android port eventually.