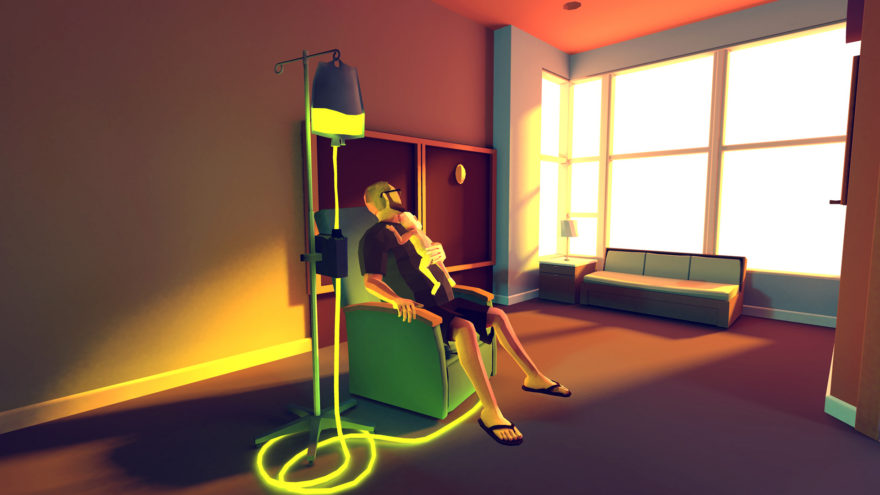 That Dragon, Cancer was released back in January this year, shortly after my father’s cancer diagnosis. My first real brush with cancer, I clung to the game for guidance. That Dragon, Cancer didn’t necessarily tell me what to expect, but helped steer me through the things I needed to feel. I wished desperately that my parents would give it a try. But they wouldn’t—and not because they didn’t want to; they just really didn’t have a way to play a computer game (they’re tablet folks).

Amy Green, Joel’s mother and writer on That Dragon, Cancer, wasn’t surprised by that. “We have suspected for a while that our videogame, That Dragon, Cancer, may not have quite found its true audience yet,” Green said. That’s why the team is releasing the game on iOS for Apple devices, starting today. “Even people I’m really close to, like my best friend and my mom, haven’t played That Dragon, Cancer yet, because they had never downloaded a game onto a computer before.”

That Dragon, Cancer may not have quite found its true audience yet

“On a personal level, it feels really satisfying to know that people that matter to me will be able to experience the game first hand,” Green said. “A lot of people have heard about Joel’s story but haven’t been able to experience what we created to memorialize him.” And that makes October a particularly special time for Green.

That Dragon, Cancer is now available in the Apple iOS App Store for iPhones and iPads. The game is also available for Windows, Mac, and Linux on Steam.