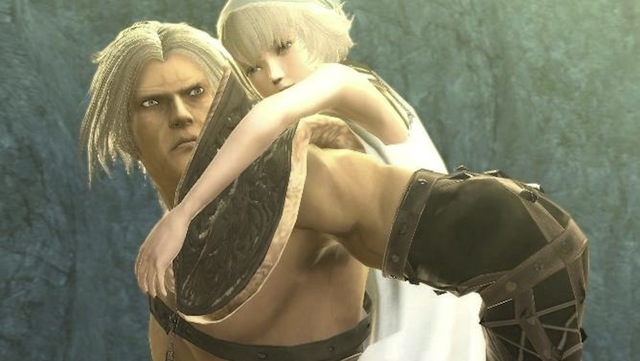 When high-definition gaming had become predictable, Nier was a breath of fresh air. The story of a strongman in search of a cure for his terminally-ill daughter was touching, experimental, and weird, an action game that wasn’t afraid to try things, like interactive fiction. But with the closure of its developer Cavia, it looked like Nier was sadly no more.

The thing that’s occasionally forgotten about Nier is that it was actually a spin-off from the sporadic-but-quietly-beloved series Drakengard, which has its origins way back in the days of the PlayStation 2. And well, well. Look what we have here. The third Drakengard, or Drag-On Dragoon 3, which is actually a prequel, is being released this week in Japan, and should be headed to the West next year. The series is being kept alive by its creator Takamasa Shiba, who’s joined forces with Access Games, which seems like a great fit, as they are the team who brought us the offbeat, Lynchian Deadly Premonition.

The trailer, ahem, advertisement movie, looks great, and I hear it’s everything you could possibly want from a Drakengard title: a woman with an orchid for one eye, a dragon who speaks in a shrill register, and a Japanese lady singing in English. It looks to be surprisingly well-produced, too, which is nice considering that Nier felt like it petered out halfway through, when the studio lost funding.