This article is part of our lead-up to Kill Screen Festival where Lilith will be speaking.

That short, demonstrative line is the entire “About” text of artist and game maker Lilith’s Patreon page, but in its simplicity and directness, it says so much. Firstly, it’s a true statement; Lilith (aka Lilith Zone/Megiddo/Rusalka, aka Cicada Marionette, aka Elizabeth Deadman) did indeed make a game called Crypt Worlds where you pee on anything and everything from a first-person point of view. But the 5-word descriptor is also a terse, upfront, and potentially polarizing stump speech. It lays out expectations for would-be crowd-funding supporters quite clearly by asking if they’d be into “the piss game” or something like it. Lastly, it’s not a stretch to imagine Lilith’s About line as her efficient answer to the ever-troublesome question of “what kind of work do you do?” rather than launching into some convoluted, oft-recited artist statement. Obviously, “I made the piss game” isn’t an all-encompassing descriptor of Lilith as an artist, but it’s an apt welcome mat for the underworld lair where her games reside.

And to be clear, there’s a lot more to Lilith’s games than just bodily fluids, too. The games oscillate between dark and lowbrow humor, the serene and the occult, and the austere and the destructible. In Crypt Worlds you have 50 in-game days to decide the fate of the world, whether or not you realize it when you’re planting skulls in your backyard garden or collecting gold out of trash cans. My first time playing through the game I accidentally summoned the Chaos God, which turned the entire world into a barren, red hellscape, at which point the only thing left to do was restart from the beginning. These aren’t games that play by the typical rules that dictate most videogames. While they incorporate game-y concepts like exchangeable currencies, collectibles, and environmental storytelling, in many cases she totally subverts the ways those concepts function.

Lilith achieves this in part by doubling down on the externally applied “low culture” status of videogames, treating that lowness as the medium’s chief asset and also a point of personal ingress. In her games, this lowness manifests through muddy, low-resolution textures that cover most of her virtual architecture and characters, humor that could be considered lowbrow, personalities that seem sullen or sarcastic, and the topographically low and underground spaces where many of Lilith’s games take place. “I loveeee blurry textures—real world forms reduced and stretched, removing detail, leaving vague ideas and shapes of what it was,” Lilith told me. “It feels like wandering around dream versions of places you’ve been, half-constructed foggy architecture and people and objects, existing in the context of a place you can believe, but pulled from that reality and put in its own context.”

“I feel connected to things that are broken, ‘bad,’ trashy.”

While even an established classic like Super Mario Bros has underground areas, many of the “low” characteristics are associated with bad taste, brokenness, or ineptitude: not the adjectives that commercial game developers want associated with their products. But for Lilith’s creative sensibilities, that environment resonates most strongly and perhaps most honestly as well.

“A lot of my defining memories are alone in mazelike hospitals, long road trips and strange hotels, staying at psychiatric wards, forced inside with only artificial light for days,” she said. “I fixate on these images a lot. I’ve always felt alien—like I’ve slipped between the cracks and exist outside the world. To that end I feel pretty connected to things that are broken, ‘bad,’ trashy … things that exist outside of legitimacy. A lot of being ‘good’ just seems like posturing, being able to create things that fit within an established discourse. I wanna wallow in shadows, to be illegitimate, to create personal mythologies and secrets and dark underground tunnel systems …”

Lilith’s Tape Dream is just one example of those aspirations come to bear. In Tape Dream, you’re confined to a dank, indoor space, lit by candles that spew plumes of flames upward as if they were tiny bonfires. You share the space with a floating, monstrous creature that looks like an oversized human heart fused with a mutilated chicken. Its body is coated with a fine red static that undulates as it breathes heavily. It’s unsettling, needless to say. In another room is a VCR, and VHS tapes are scattered around; one is labeled “God,” another “Zin,” and the other two are stamped with strange symbols. You can pop them in the VCR one by one as a nearby monitor displays abstract images and emits down-pitched, sometimes indecipherable soliloquies about the order of the universe. If you like, you can toss the VHS tapes in a nearby brazier where they explode into a cloud of smoke and smog up the place, making it feel all the more claustrophobic. I don’t know any way to exit the space or “finish” the game besides quitting the application.

Tape Dream and most of Lilith’s other games operate within a sort of dream architecture. Most videogames present players with puzzles or challenges to conquer: fit these differently shaped blocks together, shoot the aliens before time runs out, reach the finish line first. Lilith’s games don’t incentivize you toward specific goals other than offering the toy-like experience of tinkering, testing boundaries, and seeing how the game responds. We rarely find answers in dreams while we’re dreaming them—they are moments that we drift through, leaving only traces of subconscious imprints and déjà vu as clues for waking interpretation.

We rarely find answers in dreams while we’re dreaming.

Lilith’s games contain traces of one another too, often sharing characters or assets across titles. You could read this as an analogue to recurring dreams, or simply an allusion to the interconnected ways that our brains store and retrieve information. “I always loved how in old Nintendo Power magazines you’d see screenshots and blurbs for the same game over time, but they would change (sometimes drastically) as production went on,” Lilith explains. “For me, it created a world that was separate from the end thing, but also intrinsic to where it went. I want to replicate the feeling of the way images and excerpts of text augmented these lil zones, but also felt important on their own terms; mysterious microworlds that are part of this larger thing, an incomprehensible barrage of media.” 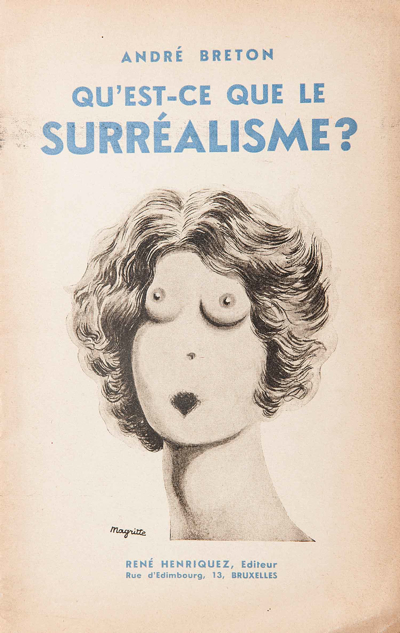 Oneiric Gardens again makes the dreamscape explicit via its title, but contains imagery that places it in line with elements of Surrealist tradition. In Oneiric Gardens, you explore the interiors of several structures housed within a deep underground cave. One building in particular contains a portal that transports you to an endless, crystal ocean, dotted with a few sandy islands and monolithic ruins—as well as kitschy beach houses, palm trees, and a surfboard. The pronounced, distant horizon line and familiar-yet-strange imagery are right out of Surrealism’s playbook. In 1924, artist André Breton wrote the Surrealist Manifesto, which defined the movement as “pure psychic automatism, by which one proposes to express, either verbally, in writing, or by any other manner, the real functioning of thought.” In Oneiric Gardens you explore diorama-like thought spaces moreso than complete levels.

However, Lilith’s videogame version of the Surrealist process feels fresh, and not shackled to a dusty manifesto. Perhaps this is due in part to the more contemporary, interactive nature of videogames, which inherently feel less prescribed and authoritative than paintings seeking to encapsulate the “vision of an artist.” There’s a playful exuberance in Lilith’s games that detaches from points of reference just as quickly as one can make those connections.

“Honestly, more than anything I just want to be making playgrounds at this point,” she said. “I always love how so many early 3D games seem equally confused and excited about prospect of ‘THREE DEE VIDEOGAME’ and feel so loose and free [as] self-assured jungle-gym worlds.” In Oneiric Gardens, as with the rest of Lilith’s catalogue, it’s not important to draw distinctions between Lilith’s “psychic automatism” and the simple, dreamlike experience of playing in the space. Instead, I’d recommend just sitting back and soaking in the heaps of turbid textures, while occasionally leaning forward to piss into the void.

To learn more about the Kill Screen Festival and register, visit the website.