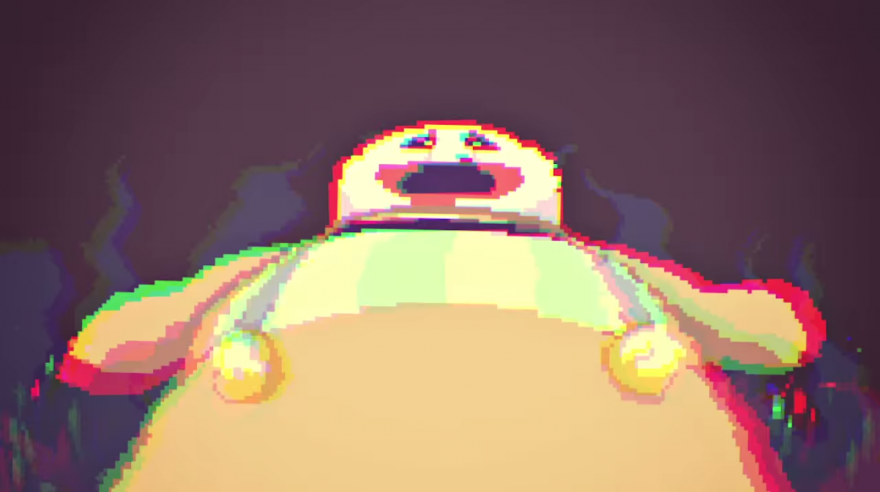 There is a vocal contingent of the Kill Screen staff that does not like to even put their eyes upon Dropsy. They will not speak his name. The big, doughy clown, who stars in an upcoming, eponymous point-and-click adventure game, straddles an uncomfortable line of realistic heft and cartoonish, Gumby-like appendages; his face is clearly the stuff of evil-clown rubber masks, but there’s a vacancy to his yellow eyes that somehow counteracts it; I assume when he makes sounds, they are sorta weird moans or something.

This new video of the game adds a new discomfiting touch: apparently the game is also very damp. It fades between scenes with squishing, splashing sounds. There is urine and goo and water all over the place. The game has a sumptuously animated look, and this video shows off a fetishistic eye for detail in the cutscenes, but it also seems to be splitting the difference between pixel art and shitty claymation. Everything appears to be melting. The one thing the anti-Dropsy contingent did not need was an impression of the tactile sensation of Dropsy the clown. They now have it.

Dropsy will not be cowed.

Watch the trailer, then take a shower. The game comes out September 10.