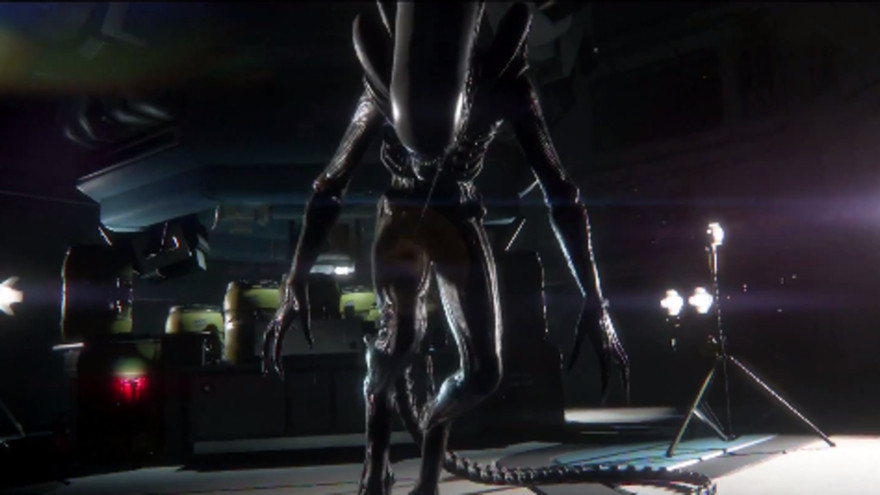 The first movie I remember truly terrifying me was Gremlins. Generally regarded as more of a black comedy, this film and its sequel injected slimy spider demons into my nightmares for a long time. I could feel my heart scraping my ribs. Why am I watching this? Why would anyone watch this?

A few years later, I’m crouched in the dark in my stepbrother’s room. It would be a sign of weakness to admit to him that I can’t sleep. My pathetic face with its dirty tear ruts is hidden under a pillow and I might be legit praying for the first time. Please Lord, make me forget I ever saw Chucky.

Standing in line for my first roller coaster ride ever, I thought I’d left this kind of fear behind. But seen by my own eyes, the twining metal tracks are ominous. As my dad and I lock into our seats, I say, “Dad. You can’t hold me accountable for anything I might say for the duration of this ride.”

Over this past summer, my friend Brenden says he has this scary game he wants to play with me. Not because he respects my opinion or anything—mostly because he can’t play it alone. Three of us stand disinterestedly around him in my kitchen, clicking between surveillance cameras and letting out a little bleat whenever the robotic animals he’s tracking disappear. On four consecutive occasions though, all of us banshee-shriek when a demented grinning cyborg bunny makes it to the safe room and the feed is cut.

During a break, one of the kids I tutor tells me he wants to add Bun Bun to the story he’s writing, and despite the fact that the room is drenched in sunlight my body erupts in goosebumps. “You know Five Nights at Freddy’s?” he asks. I nod, and he pulls out his tablet to play a night or two during the downtime. On the small screen, surrounded by children, the game seems just as pathetic as I told myself it was in my kitchen, the plot holes glaring and the jump scares cheap as hell. Still, as soon as break’s over, I sternly remind this student that it’s time to put all electronics away.

I’m about halfway through Alien: Isolation and I promised myself four saves ago that I would stop at the next phone to make dinner. This time I stick to it, stand up, and feel an intense knot in my left shoulder. Despite two decades of attending hardcore shows, this is the first time in my life that my neck is so tight I’m considering paying for a massage. As Amanda Ripley, I must have been craning my head all over while I commanded her to do the same, because you have to keep an eye on these terrors. I scramble under desks at the slightest thump in the wall. Biting my lip raw while I crab-walk down another hallway where the click of the god damn lights get me going every time.

But I can’t wait to fire up the ol’ motion tracker again. The butter sauce cooks too slowly, it’s impossible to scarf this pasta fast enough. The cat wants to lay in my lap but quickly realizes that’s probably not the best idea. My girlfriend has to leave the room because I keep muttering “fuck you fucking synthetic motherfucker” over and over. (Synthetics are the Alien world’s term for androids.)

Horror, in other words, isn’t my thing. Brenden loves it and wants to watch scary movies for the entire month of October. During these screenings I sit at my desk behind the couch and focus on the logical inconsistencies of each film so as to keep from internalizing all the gore. Alien: Isolation, much like it’s source material, doesn’t rely on the easy scares, though there are a few in both. Instead, both movie and game tactfully deploy tension as their medium. It’s less like I’m just getting suddenly shouted at, and more like a slow dip into darkness, my mind (mostly) frightening itself.

Its extra face will punch me to death.

The ships and space station are so richly painted and detailed that I want to stop in every room and read the book titles and bask in the ambient lighting. But I can’t, because the music and the stereo sound are making it crystal that my ass is in the frying pan. Ultimately it doesn’t matter, because the alien will get me. Its extra face will punch me to death. I can’t outrun the tail-spear; my guts will stream down it, and I’ll remember this next time as it falls with a sumptuously articulated thud by my head quivering under the table.

I was worried that so much dying would cheapen the threat and leave me callous, but each drip of fear is tantalizingly paced out. Alien: Isolation is set up to play slow. I can’t run because that’s a sure way to get got. Safety is a myth. My Chucks squeak on the floor even when I crawl everywhere and I know each damn threat is gonna hear it. The motion tracker randomly squawks when I’m not using it, and beeps on cue within earshot of the alien when I am. While the synthetics and the humans are more reliably scripted, the alien is not, so there’s no memorizing my way out of this. The saves spots are spread thin, my enemy unpredictable.

It’s tempting to say that this feels a bit more real than other first-person games, primarily by limiting Amanda to the more familiar benchmarks of a human body. Enterprising players have already found a way to play Alien: Isolation with an Oculus Rift, but it’s hardly necessary, as the game is already near peak in that ever-nebulous, know-it-when-I-feel it “immersion.” The entire experience is visceral and relatable. Running and gunning is not an option because neither Amanda nor I are super soldiers. This is not a fair fight because fair fights don’t make me shit my pants. We are too slow and shooting guns is hard and most situations in life cannot be blasted out of. Better to rely on her stealth and engineering skills. This is the first game where I used damn near everything I crafted. The game taught me that starting over from a save point was truly a pain in the ass worth avoiding. Easier to make a plan and use my tools.

The details of the visual and ludic design, then, do more than keep the terror fresh—they create within the player a demand for more. Every element of this game is soaked in the disconcerting out-of-phase feeling of analog video, still an excellent medium for horror. This is the solid core of Alien: Isolation. True horror plants the seed of fear, but obscures the rest. You enhance the threat for yourself.

I couldn’t turn off Gremlins or Chucky or Bun Bun fast enough, tripping over myself to end the experience. But Alien: Isolation reels me in for more. If the light of the churning sun streaming through the window is the last thing I see before having my face torn off, then it was a good run. Next time I will happily take it slower.