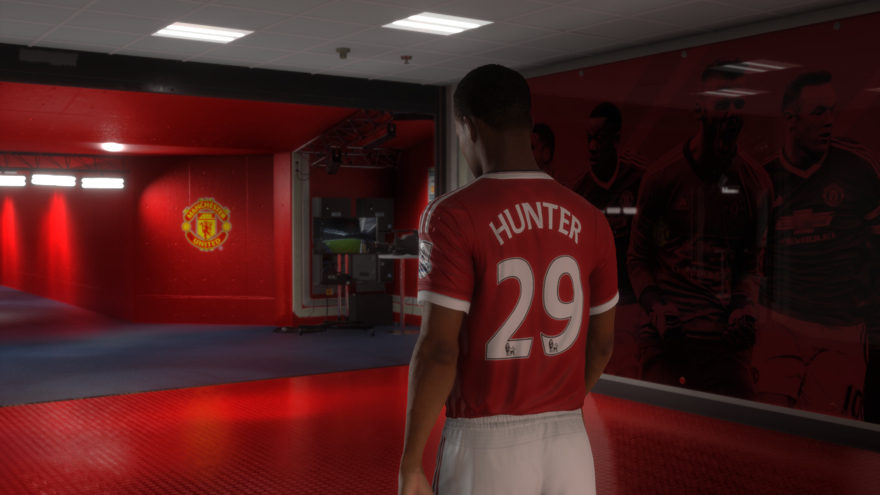 Soccer clubs are fundamentally in the content business. Their prime offering is a match—90ish minutes of action delivered once or twice a week—but they have to fill in around the edges. This is how it came to pass that clubs started releasing exclusive video content through their own online portals—anything to fill the void between matches.

Soccer media, more obviously, is in the content business. It, too, must reckon with the fact that relatively little time is taken up by the sport itself. It, too, has sought to fill this void with pseudo-events: endless talk shows and things like “transfer deadline day” to dress up slow news days.

The potential pratfalls, like the game itself, seem sanitized

It was only ever going to be a matter of time, then, until soccer videogames also clued into the sport’s inherent limitations. If you can blitz through entire seasons in a few days, then clearly videogames are leaving plenty of content on the table. FIFA 17’s “The Journey”, unveiled on Sunday at E3, is an attempt to fill that void. It tells the story of a player, Alex Hunter, through his off-the-pitch trials and tribulations. You guide Hunter though his interactions with families, other players, and agents. In principle, “The Journey” takes the traditional sports game idea of a career mode and turns it into an entire life.

But what life is that really? The trailer and information EA released at E3 offer little indication of a fully rounded life. There are opportunities for failure, but the game shows no signs of engaging with all the ways that promising athletes can fail. The potential pratfalls, like the game itself, seem sanitized. Sure “The Journey” is something of a “reality” show—as 2K Sports previously attempted with NBA 2K16—but reality is more circumscribed than it even is on TV.

Would EA let Alex Hunter decide to do something else with his life? Would EA let Alex Hunter succumb to drug addiction? Would EA’s Alex Hunter become embroiled in the sort of sexual assault allegations levied against multiple Spanish internationals on the eve of Euro 2016? EA’s “The Journey” does not seem willing to go there, and so long as it is not, it is likely to remain as awkward as all the other parts of the soccer content ecosystem—items designed to fill around the 90 minutes of on-field action but never fundamentally challenge it.