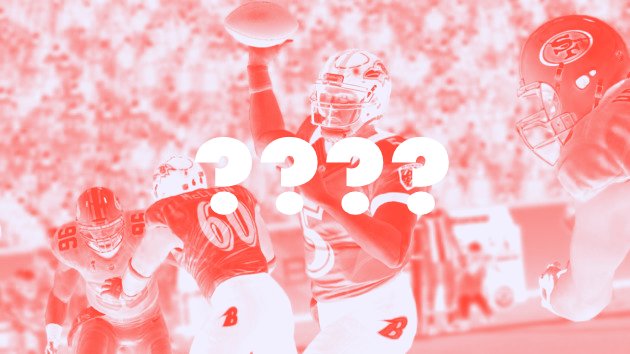 I’m not a gambler on sports. My stomach can’t handle it. I’ve put money down on an occasional March Madness pool, or on a fantasy sports season, but I can’t handle the anxiousness that comes with wagering money on sporting events.

If I were going to bet on the Super Bowl though, I suppose I should listen to EA Sports. The Madden publisher has been remarkably successful over the past decade in predicting the winner of the Super Bowl. The developers run a simulated game of football, with the AI playing against itself, for a full length of a game, four fifteen minute quarters. Over the past nine years, the simulated game has predicted the winner an impressive seven times. This year, the game predicted the Ravens will win on a late field goal, and ending the game with an interception. Sounds like it’ll be a great game.

But there’s a problem.

As impressive as the accuracy of the EA run simulation has been, I can’t help but feel like there is not much insight offered from the simulation. The game is a one-shot, one-run simulation, and given the unpredictability of football, a lot could influence that one simulation.

More importantly, EA’s practices are a total black box. Who knows how EA really runs their simulation?  If they get a blow-out on the first try, do they run it again and not tell anyone? The average difference in score over the past nine years is 6.7 points, with the biggest blowout predicted in 2005 when the Patriots got 16 points over the Eagles (ironically, the Patriots won by only 3).  So what do we really learn?

EA’s practices are a total black box. Who knows how EA really runs their simulation?

Well rather than just complain, for the past two years I’ve been running my own simulations. Last year, I ran some wacky versions of the game, in the snow, with the starting quarterback benched in favor of the second stringer, even one with Tim Tebow at quarterback for both teams, and I reported on those simulations here at Kill Screen.

This year I ran a standard simulation eight times, with four fifteen-minute quarters and the AI on the hardest difficulty setting. I used the most recent roster update made available by EA Sports. The results of my simulations contradict the EA Sports prediction with some noticeable differences.

My simulations have the San Francisco 49ers beating the Ravens by an average margin of 10.2 points, so a touchdown and a field goal.  This exceeds the 3.5 points given by Vegas book setters to the 49ers for the game. Interestingly, the total average score of my simulations which comes in at a whopping 57 points between the two teams, exceeds the total score line by ten points. Apparently, the Madden simulation is putting up some big numbers.

There may be more meaningful insight garnered by looking at the breakdown of how the teams and individual players performed in my simulations, rather than focusing on the total scores, which seem to be high. The 49ers outperform the Ravens on the ground by almost double, averaging 180.8 yards and 1.4 rushing touchdowns on the ground compared to the Ravens 85.1 yards and 0.8 touchdowns. It may be that the Ravens were throwing more in these simulations as they spent more time behind in the games.

But this may also provide some insight into how the linebackers for the two teams, those primarily responsible for stopping the run, compare. The 49ers linebackers are young and impressive, averaging a player rating of 93.3 between the four of them. Standouts Willis, and Bowman are exceptional, plugging up the middle with 98 and 93 player ratings respectively. These guys were absolute monsters on defense all season long, and their Madden rating reflects their accomplishments throughout the season.

Meanwhile, the linebackers for the Ravens are aged and only average a player rating of 84.5 between them. The only thing the Raven’s defense excels in is hype. Ray Lewis gets a lot of media attention, and stars in the videogame’s intro cinematic, but he is clearly past his prime as a defensive stopper. He’s still got his crazy pre-game dance, and he sure cries a lot, but he’s a shadow of the player he was when he won a Superbowl thirteen years ago.

The disparity in run yards may also be a function of the fact that San Francisco’s quarterback Colin Kaepernick is an exceptional runner, and he accumulated a lot of yards on the ground in each game.

Also, the 49ers forced more turnovers, which is usually a key determiner in who wins a football game. The Ravens coughed up the ball 2.5 times compared to the 1.3 of the Niners, and if this difference holds true in the big game, it would not be surprising at all if San Francisco wins, and wins big.  Turnovers usually lead to points, as you need to have possession of the ball to score, of course.

One final, very curious result of my simulations was the average margin of victory for both teams. While the average margin for all the games is 10.2 points in favor of the 49ers, if we look at how the Ravens won their games versus how the Niners won theirs, it shows us that this game may not be as close as people think.

So if I were betting, I’d bet on the Niners to cover the spread of 3.5 points. I’m not encouraging you to rush with your paycheck to the nearest alley to find an illegal sports book, so you know, don’t do that.

What’s more, my prediction last year was alarmingly wrong, though few predicted the Giants would win the way the did. I have a good feeling about my predictions this year. There are more trends in the simulations to look at, not least of which is how impressively the 49ers won many of the simulations.

We’ll have to wait until Sunday to see who’s right, me or EA Sports, in the meantime, if anyone has a good halftime show simulator let me know.