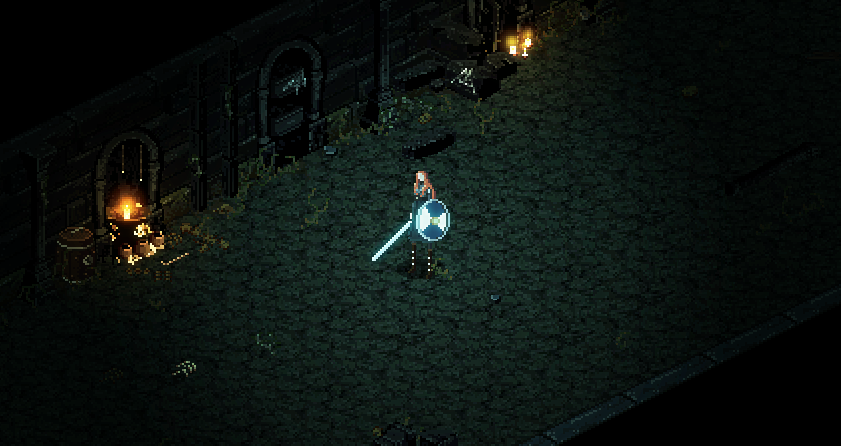 The Gothic masterpiece that was Diablo II, the one that I willingly gave away much of my youth to, was perhaps most notable because of its atmosphere. It was a shadowy world, brown lands fading into a black background, full of occult sacrifices, lo-fi gore and legions of grotesque demons.

For its sequel, the game’s developers ditched much of this darkness, going instead for very clean and detailed visuals more reminiscent of their megahit online game World of Warcraft; pop-art levels of brightness with slick lines and eye-popping effects all visible through a generous field-of-view. The atmosphere became attractive eye-candy instead of almost discomfiting obliqueness. Horror looks better pixelated.

The first trailer of a new game called Eitr looks to bring back the gloom of Diablo II, the fears of not knowing what’s ahead and a genuine feeling of difficulty. In it, an unnamed shield maiden trudges through dark Nordic environments that, combined with slow-paced combat and a claustrophobic field-of-view, evokes that long-lost sense of urgency and fright. There is no announced release date, but until then, you can follow the London-based duo’s development log on TIGSource or the Unity forums.