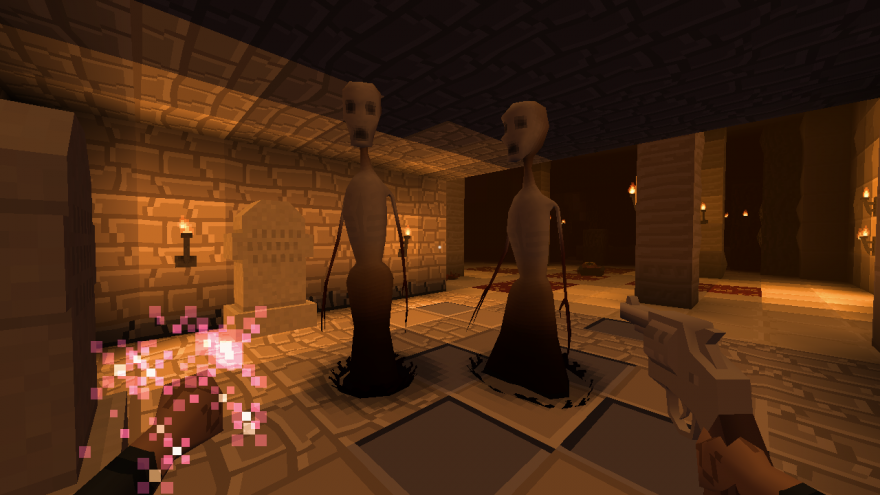 Howard Philip Lovecraft died broke and malnourished on March 15, 1937, after a brutal year carrying his death sentence, intestinal cancer. He was 46.

Seventy-six years later, we’re still exploring the worlds he imagined, dank places where, in the shadows, reality recedes and horrors beyond our capacity to comprehend lurk darkly. Though Lovecraft was never able to sustain himself on his literary output, many of the themes he explores—leaving aside, for the moment, his frankly incredible racism—nevertheless resonate across generations; the birth of the Internet has given his mythologies a new home, not to mention launched at least a thousand National Novel Writing Month titles.

We remember him for the unique way he turned his phobias into phantasms.

And, to be frank, Lovecraft’s surviving work isn’t much better. What we remember him for are his singularly strange ideas and the unique way he turned his phobias into phantasms—ghosts that, even today, find you huddled alone during the witching hour with a fluttering heart. Lovecraft’s real genius was extraliterary: he dreamt of an expansive universe far larger than prose, where terror reigns in flagrant violation of nature’s laws.

Of course, as videogames and fantasy-horror go together like an adrenaline rush and a shot of dopamine, Lovecraftian horror has found a natural translation in the realm of the digital arts. Game designers who came of age steeped in the Cthulhu folklore brought those ideas to bear in their creations: through Lovecraft, we’ve gotten Amnesia: The Dark Descent, Dead Space, and Quake, to name a few. (No word on whether their writing is better than their forefather’s.)

Eldritch, the newest title from Minor Key Games’ David and J. Kyle Pittman, is a more direct descendant. It’s a solid effort, successfully pairing permadeath dungeon-crawling with eerie music and deliberately, shall we say, comparison-inviting graphics. There’s a little bit of story thrown in there, too. The game opens in front of a mirror, in a room full of books. You can read some of them. Slowly, surely, they tell you a dark secret…

Yadda yadda yadda. If you’ve got the patience to stay and explore, you’ll eventually find out that you’re trapped in a library with Lovecraft’s Old Ones—you know, the unknowable monsters who existed before time and whose high priest, Cthulhu, lies slumbering in R’lyeh. There is no escape.

There are, however, a litany of enemies: fish-men, slender(-like)men, spiders, floating eyeballs, baby Cthulhus, hooded figures, et al., all trying desperately, relentlessly to kill you. The environments aren’t entirely mild either, and include tripwires and bloody spikes between ladders and trapdoors. Even the general stores are staffed by monsters. All this, of course, recalls our literary setting. Lovecraft never fully described his monsters, usually because human faculties can’t accurately conceive their features. The effect unnerves. Eldritch achieves a similar feat by not revealing a creature’s powers until it’s too late; some are unstoppable, and they all come out of nowhere. Most of the time, your best bet is to run in the opposite direction—from one unknown’s arms into another’s.

The game keeps you, the player, perpetually on high alert.

Eldritch’s greatest accomplishment is the finesse with which it conveys the uneasiness and dread of Lovecraft’s tales (without his awkward, lumpen prose). Because each level is randomly generated, the game keeps you, the player, perpetually on high alert: you hear monsters scuttling around in the darkness, never far enough away for any meaningful sense of comfort. Though weapons are easy to pick up (and pretty funny: rocks, bottles, daggers, pistols, dynamite, one’s own two fists) life is precious. When you die, you’re stripped of everything you have and teleported back to the library. There, you pause, steel yourself, and jump back into the dungeon that just killed you.

A game like this, though good, has a few shortcomings, mostly due to the form itself. Although there’s never a specific moment where the action gets stale, clambering through similarly-hued and textured levels does get a little repetitive. Lovecraft’s tales follow a similarly repeated blueprint. In each, the narrator begins as an eminently reasonable man, someone to whom rationality is gospel; by the end, though, he’s either transformed into a gibbering shell of himself or into something stranger, more unspeakable. His is a world that bleeds through into ours, hovering beyond the edges of perception.

Though Lovecraft’s oeuvre hasn’t itself transformed over time, the way we experience it has. In his famous novella “The Call of Cthulhu”, the narrator quotes the fictional Necronomicon—the book of the laws of the dead—regarding the Old Ones:

That is not dead which can eternal lie,

And with strange aeons even death may die.

Eldritch is but the latest in a long line of Lovecraftian works. It too shall pass. But in those strange, deathless eons, the genre lives on.