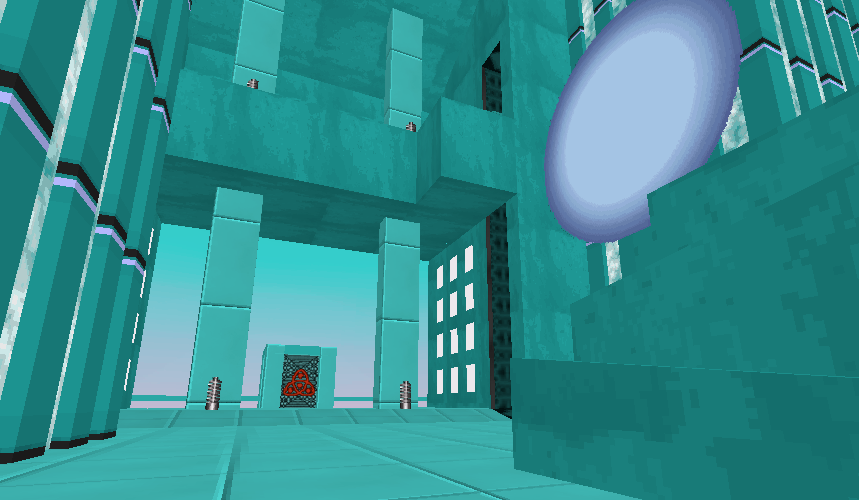 One thing that made cult RPG Maker horror game Yume Nikki really good was its sense of place. Whether defined by its music, color scheme, level design, or its strange lurking occupants, each location in the game world was so distinct in its own way.

That’s something that I think Zykov Eddy, creator of the Yume Nikki 3D fangame, really gets, and I’m even more convinced after playing his latest project, Electric Highways.

The ten levels of Electric Highways are set in a weird virtual reality world that’s being tested one last time by its creator before being sent out to the web. Each level is so visually different from the last that I had nowhere to place my expectations.

Like Yume Nikki or even LSD: Dream Emulator, transitioning into the next world was an exciting, albeit daunting experience. I say “daunting,” because if there’s one thing the worlds of Electric Highways have in common, it’s this unrelenting feeling of loneliness, permeating every shady corner and bright precipice of its uncanny otherworlds with an unshakable power.

Electric Highways taps into that same anxious isolation felt in the long-abandoned virtual worlds of the real web, the forgotten servers of Worlds.com and Second Life, but without the silly quirks. Electric Highways is actually a pretty scary game.

Even when it drops you into a vibrant new zone full of futuristic monuments and bright lights, pumping (pretty good) electronic music through your speakers, the fact that you were just seconds ago wandering through a dank sewer system, or floating on a multidimensional plane poked with hundreds of holes, does a lot to remove any feeling of comfort or trust in your environment.

Add to that the fact that I swear there was a ghost with a rotted face following me the whole time and… yeah… just in time for Halloween, I guess!

You can download Electric Highways for free on Windows. Find it on itch.io.