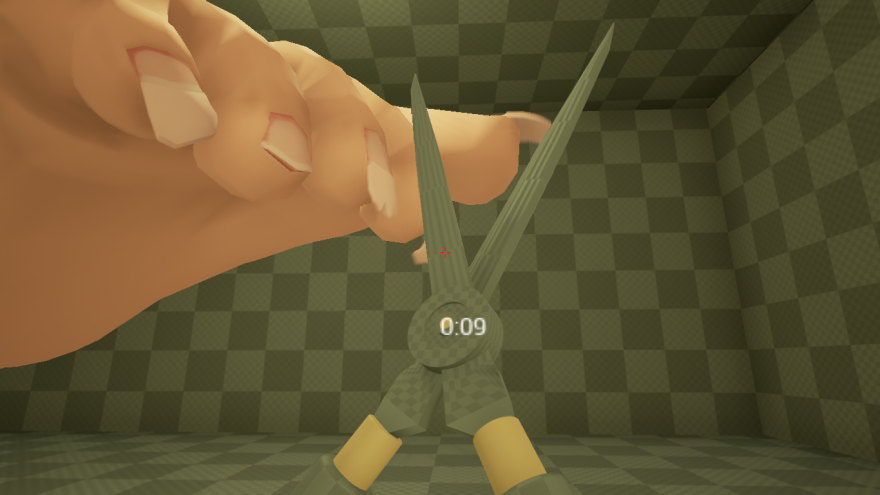 Ashi Wash is a ridiculous game with a ridiculous premise—a terrible, funky foot comes crashing through your ceiling. It’s got a serious fungus problem. (I’d suggest crashing into a doctor’s office next time, foot.) Its toenails are overgrown. Also, it can talk. The giant foot makes it pretty clear—in its greasy Brooklyn accent—that you’re to wash it; if you don’t, it’ll “smash ya house up.” Thems the rules, after all.

Troy Grooms, Matt Murphy, Alex Zako, and Julian Francis created Ashi Wash during the summer edition of My First Game Jam, held on itch.io. The prompt was to create a game that puts a spin on a myth or folklore tale; the crew headed to the internet for ideas. That’s where they found Ashiari Yashiki—which loosely translates to the Foot Washing Mansion.

“What do I look like? A pizza? Get these freakin’ mushrooms off me!”

The Japanese tale is pretty similar to Ashi Wash—minus the crude Brooklyn accent: “at the time when the flowers were sleeping and the ushimitsu plant was blooming,” a translation reads, “a horrible rotten stench would invade the house, and a giant foot bristling with hair would descend from the ceiling accompanied by an enormous sound.” If you washed it, it’d just disappear back through the ceiling. If you didn’t it’d stomp through your house until satisfied.

Ashi Wash takes the myth to an extreme; the foot has a serious fungal infection (lots of mushrooms) and horrendously overgrown toenails (so bad that you’ll need hedge clippers to trim ‘em).

Grooms, Murphy, Zako, and Francis hope to create a “more polished” version of the game one day, but they’re not sure when they’ll release it. There’s a lot of stuff they had to cut from the game, including some primo voice acting: “What do I look like? A pizza? Get these freakin’ mushrooms off me!” It’s stuff guaranteed to make you laugh then cringe, stuff that’ll definitely make it into the next iteration.

Ashi Wash is available for free on itch.io.