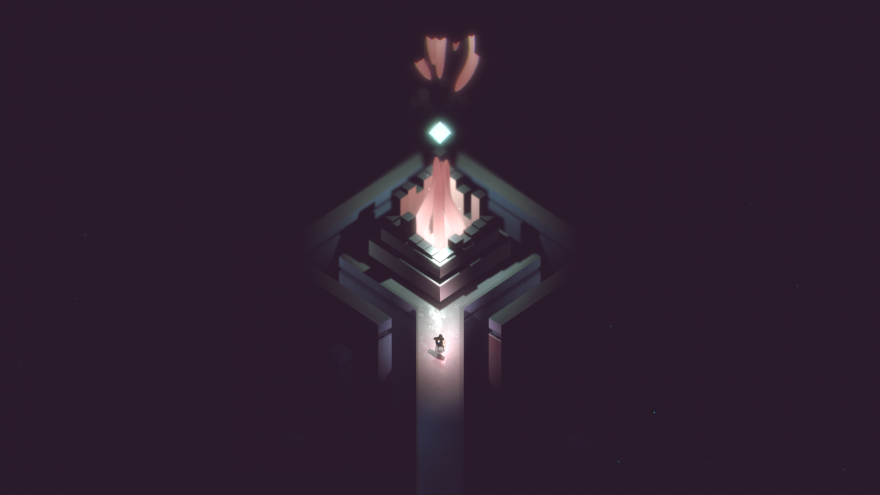 Below is about being small in a large, dangerous world. The game’s looming cave system dwarfs the player to little more than a speck on the screen, and its dark corners house hidden tripwires and pits that can lead to an early demise for those who are not careful. Characters only have a small pool of health which slowly bleeds out after being hit, and every enemy presents a threat.

This player fragility is core to the game’s ideas of tension and adventure, but that does not mean that the player is left entirely defenseless. In the latest build of the game from PAX East, the team at Capy Games has added a few new tools to the player’s arsenal to make diving into its intimidating system of caves and ruins just a little more approachable.


The first is the Pocket, a new area available at bonfires that calls back to the Hunter’s Dream from Bloodborne (2015). Here, players can store items for later characters to take, sacrificing some of their current character’s stash to make their next life easier. Like Rogue Legacy (2013), death in Below is permanent, but it also paves the way for a descendant of the player’s previous character to try their hands at adventuring next.

In this way, the Pocket also acts as a checkpoint, allowing the descendant to take over from the last bonfire visited by their ancestor. The cave system will shuffle around into a new configuration, but previously explored areas will remain as they were, allowing the player to find their ancestor’s body and recover any items they might have been unlucky enough to have on them when they died.

what happens when adventuring doesn’t go as planned

Second is a map system, though it is less Siri and more half-remembered directions from grandma. Rather than a direct layout, the map is instead a series of boxes showing the player’s current area, with a dotted line pointing vaguely towards an exit. The idea here is to allow players to plan out a route while still leaving the danger along the way a mystery.

In Game Informer’s Test Chamber series, we also see more of what happens when adventuring doesn’t go as planned. Characters only have a small amount of health, and every time they get hit, they will start bleeding out until they die. This can be prevented by eating food or another type of healing item, but for those who didn’t stop by the Costco on their way to the ruins, staving off death is particularly more brutal. These players will instead have to find a fire pit, which they can then light and dip their sword into to cauterize their wound. Any health lost along the way is gone, but the player remains alive.


Below still seeks to make the player feel as small as possible as they explore its towering ruins. But that does not mean they cannot also be clever along the way.

Below is planning to release later this year. For more information, visit the game’s website.