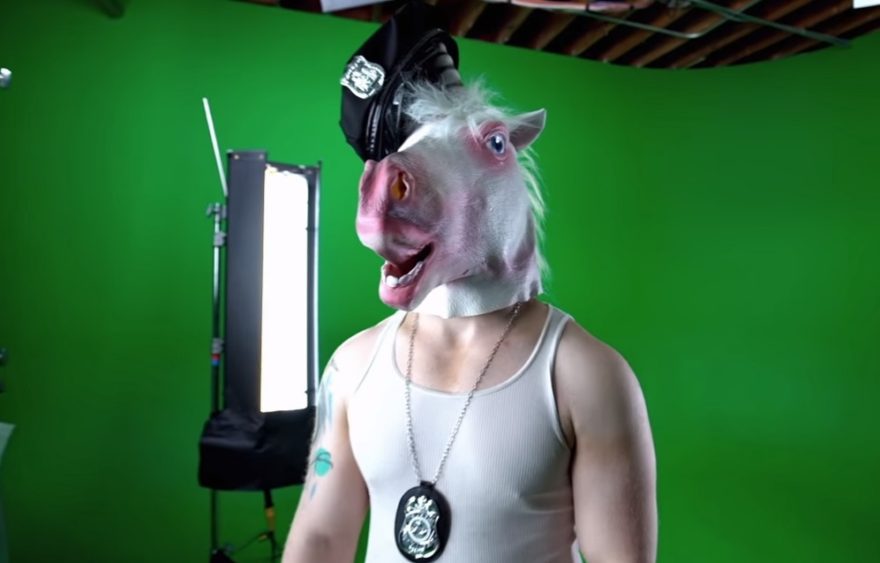 What type of game do you make when you’re inspired by the works of a man who wrote the sensationally titled Pounded By the Pound: Turned Gay by the Socioeconomic Implications of Britain Leaving the European Union, or the Hugo-award-nominated Space Raptor Butt Invasion? An FMV game, naturally.


The game is meant to capture the goofiness of the high-cheese FMV genre, as well as the sensual absurdity of Tingle’s own works. Tingles works are best known for their bombastic covers featuring, usually, a well-oiled male chest with a unicorn or ape head. They’re also known for their bizarre subject matter—including characters being pounded by living objects, the latest news item, or imaginary creatures. They’re earnest and a bit silly—the perfect fodder for the FMV genre. As Quinn says in a direction to an actor set to don the outfit of a Bigfoot pirate: “You can’t just Tingle the body. You’ve got to Tingle the soul.”

The game is serving as a prototype for a larger FMV title that Zoe Quinn and her team is working on called FailState. Both FailState and the aforementioned Tingler are related in terms of camp, but Quinn stresses that the larger project is also a “FMV love letter to passionate failure.”

Will Project Tingler feature any Handsome Sentient Food? Will we all be slammed sexually by our own concept of linear time? What is FailState? Only time will tell. For now all we know is that Love is Real.

Images below are concept art for FailState.