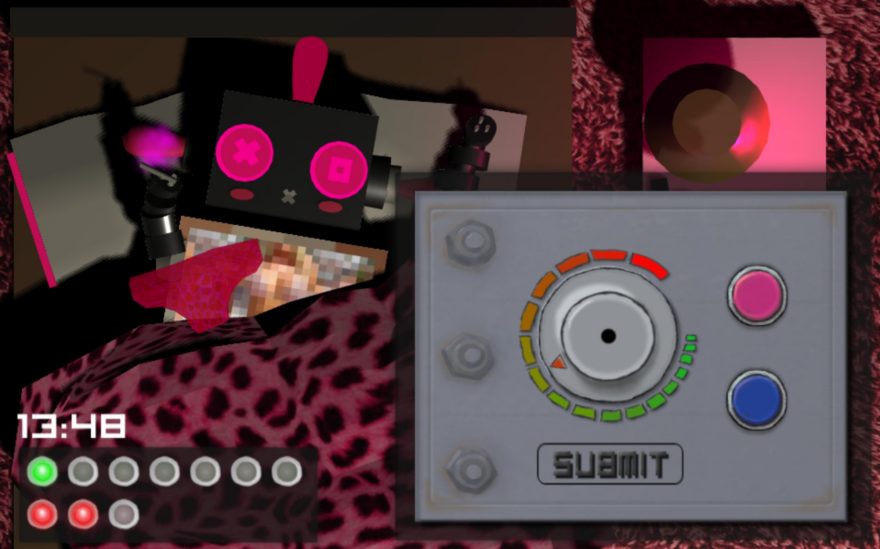 In this fantastical world of booming technological advances in robotics, you’d probably be lying if you said you’ve never thought about sex with robots. After all, the topic has been almost unavoidable, cropping up in the news thanks to very possibly sex-craved innovators like this man, who made his personal robot look eerily like Scarlett Johansson, and the many people—including myself—who swooned over the AI who spouts post-modern poetry.

Enter Erotica Robotica, a game where two players must work together to sexually pleasure a robot named SAMM-69, to satiate that, uh, curiosity. And SAMM-69, the genderless robot clothed in a pink leopard blanket and nothing else, awaits eagerly for someone to figure out the mechanisms of its very complicated body.

Who said having sex with robots was easy?

At its core, Erotica Robotica, as developed by TeamBONE, is a puzzle game. Modeled similarly to the game Keep Talking and Nobody Explodes (2015), one player must download and read the User Manual specific to SAMM-69, which explains how to solve the various puzzles presented in the game in order to pleasure the robot. Without looking at the computer screen, the player with the User Manual must then instruct the other player on how to navigate each puzzle, and the puzzles are actually pretty tricky.

One puzzle, for example, is a 10×10 grid containing two different colored dots spread in two different squares. Like a maze, the goal is to get both dots in the same square on the grid by moving one of the dots through a specific path of squares on the grid. But if you move a dot on a wrong square, SAMM-69 lets out a cry of pain. 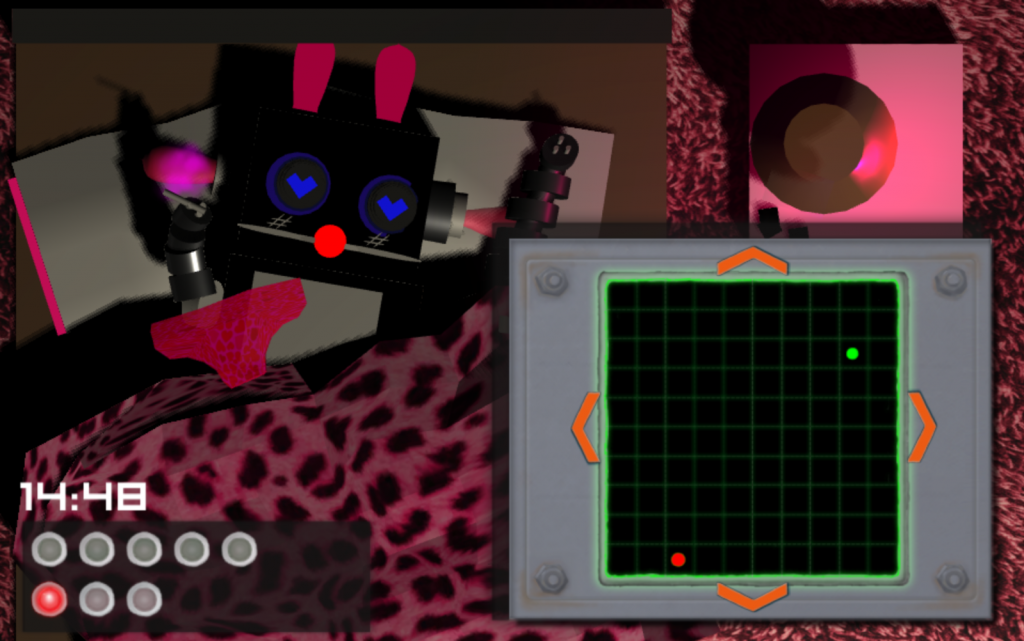 As such, the players have to be clear in their descriptions of coordinates, their movements, and anything else helpful in understanding what the player pleasuring SAMM-69 is seeing on the computer screen, lest the robot is denied the pleasure it so desperately craves. Often, this results in both players screaming at each other in frustration and quite a bit of name-calling.

If the game sounds confusing, good: it’s supposed to be. Who said having sex with robots was easy?

You can play Erotica Robotica over on itch.io.