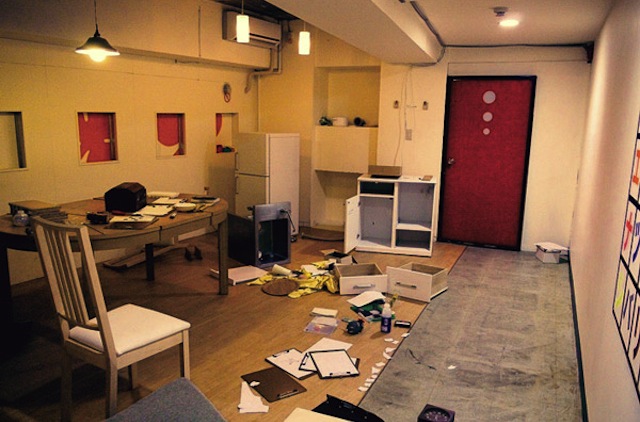 Bipartisanship is a broken system and needs to be more cooperative—you know, like playing Contra, without stealing continues and bogarting the laser gun power-ups. That was the point of a tongue-and-cheek article by Slate’s top political corespondent, who played Escape From the Mysterious Room in downtown San Francisco—a street game where a group of people cooperate to get free from an apartment—and thought maybe our budget-embattled senators should try it.

What if Democrats and Republicans were broken into little bipartisan teams and forced to play our game? The urgency of the task would force them to put away their speeches and focus on progress and accomplishments. . . . They might discover hidden talents in themselves and in each other that could be applied to working on legislation. If nothing else, the activity would at least force them to spend time together outside of the hallways where they pass each other with only a nod. This is something they used to do before partisanship and fundraising trips kept them from attending the same social functions in Washington.

While the gamification of legislation may not be the best idea, he has a point. Games have a mysterious power to get people to work together; or from the opposite perspective, to become fierce rivals. If the rise of the age of programming has taught us anything, it’s an awareness of systems. Perhaps this knowledge would be advantageous to political operations, like passing a budget.