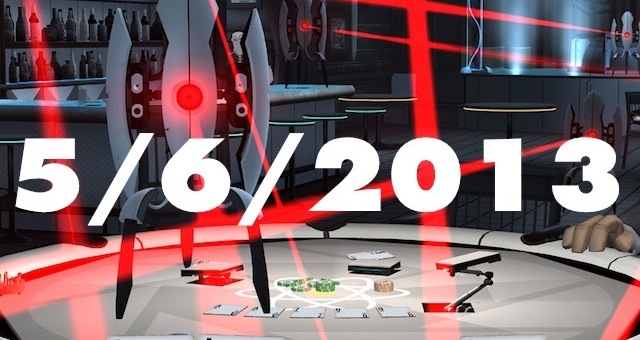 “I have had no children. I am comforted by Richard Dawkins’ theory of memes. Those are mental units: thoughts, ideas, gestures, notions, songs, beliefs, rhymes, ideals, teachings, sayings, phrases, clichés that move from mind to mind as genes move from body to body. After a lifetime of writing, teaching, broadcasting and telling too many jokes, I will leave behind more memes than many. They will all also eventually die, but so it goes.” Roger Ebert on 21st century mutability.

“I find myself in possession of what is possibly the most pathetic skill: being really good at a competitive game that I made myself and that virtually nobody else plays.” Michael Brough on the vastly under-appreciated Glitch Tank.

“The more interesting side of the equation is what you can do when you incorporate physiological signals into the gameplay itself. . .We’re missing a whole aspect of experience. What is the player’s emotional state?” Mike Ambinder, Valve’s experimental psychologist on the coming wave of neuro-games.

Because levels created with an analog synthesizer are much much cooler than the ordinary kind, there’s the unbelievable Ming Mecca videogame console. Yours for only $399.

This Artificial Intelligence from Denmark designs its own card games. It also enjoys sunsets and brisk hikes in the mountains.

The fuzzy origin of the QWERTY keyboard has become clear. The Atlantic reveals the scrambled arrangement was simply a matter of user convenience.

How do you reinvent the atrophic slide presentation? With a hilarious motion-controlled videogame.