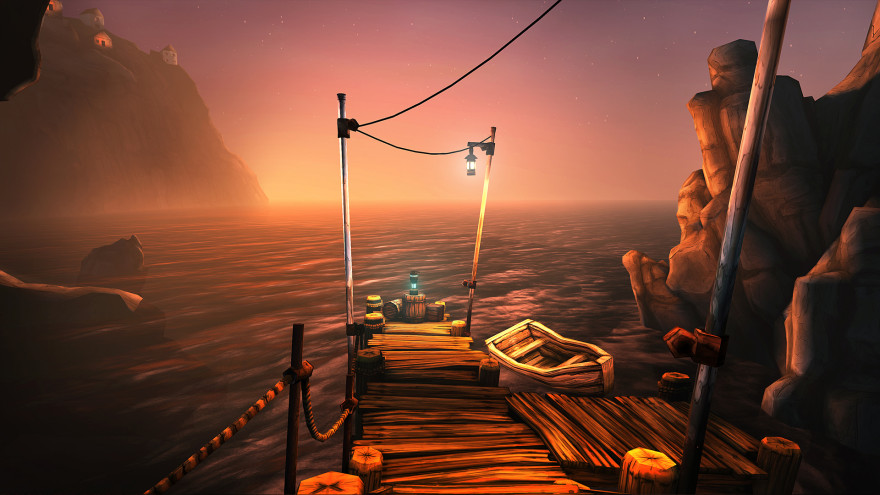 Back in September 2011, two lads out of Manchester founded a small development studio named White Paper Games. The chosen logo was an origami crane, an apt symbol of what kind of games they aspired to make: aesthetically graceful objects, made from familiar material, twisted into thoughtful, complex designs.

But its the inspirations of Benjamin Hill and Pete Bottomley that best clarify the intentions for their first project, Ether One. Hill mentions Shadow of the Colossus and Myst, but also Flashback , the cinematic 2D action platformer from 1992 with seamless animation and a heavy focus on story, as games that sparked his imagination for what could be done with digital storytelling. Bottomley calls out BioShock but also the wider pool of literature and film as cues for his style.

As we approach Ether One ‘s summer release, more information is trickling out, piecing together an intriguing world with grand aspirations, like a fondly remembered dream that may or may not have happened.

The general conceit is this: You’re a Restorer, one who plunges into the minds of the mentally ill to fix their broken memories. In doing so, you’ll hope to find out the truth behind your own mysterious past.

Many games have dealt with the consequences of uncertain identities. Last year’s To the Moon followed a pair of scientists diving into someone’s mind to implant artificial memories as a kind of wish fulfillment. But the aesthetic there was of a top-down RPG, similar to Square-Enix games of the 16-bit era. Ether One takes the modern template of first-person action and instills the story tropes of classic adventure games and European science-fiction.

The entire premise is to heal, not maim.

Just from a newly-released trailer alone, you can taste notes of Portal, with its clean environments and testing facilities; Beyond Good & Evil, your hand scanning rooms with a camera; but also the identity confusion of Christopher Nolan’s Memento or Terry Gilliam’s Brazil . By the end of the short teaser video, as you approach what looks like a canister with a voice feebly calling out, “Help me…” you’re confused but intrigued. A final shot shows the bleary vision of a bed-ridden patient about to be “disposed.” Is this you? Or just a broken memory you’re trying to put back together?

What’s most alluring about the project is what isn’t present at all. Even while it uses the Unreal Engine, Epic’s popular middleware tech that fuels a high ratio of modern games from the aforementioned Bioshock to Batman: Arkham City and countless others, your character is never shown carrying a gun. The entire premise is to heal, not maim; an end goal appears to be mental coherence, not physical dismemberment. We saw Dear Esther make a similar ploy, beginning as a mod of Half-Life 2, the shooter by Valve, only to become an ethereal dream-like journey.

Game designers are waking up to the fact that killing other things comprises about .1% of the way we interact with our surroundings. If Ether One is the next in a long line of titles to take advantage of the other 99.9%, we can’t wait to plumb the murky depths.