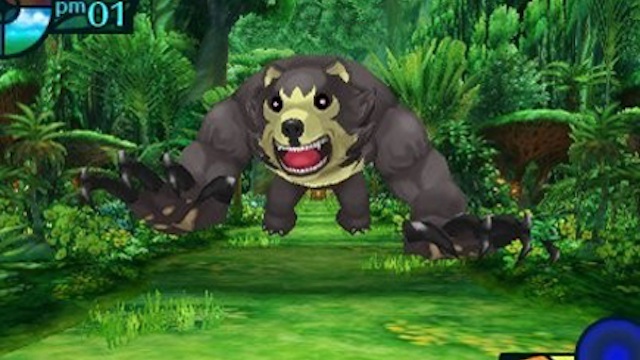 A few years ago, when retro games were making a comeback, and new games were frequently “nostalgic” of games from the ‘80s and ‘90s, I admit I thought it was pretty great. Games looked like something I played as a kid on my huge analog tube television while sitting on shag carpet. We got a new classic Mega Man! A side-scrolling Mario! And a fascinating little gem called Etrian Odyssey.

Etrian Odyssey combined archaic first-person RPGs (think: originally for the Apple II) combined with the pixel artistry that developed in the 16-bit era in Japan. It simply would not have existed without the nostalgic movement. Lately, however, the nostalgic theme has died. Everyone recognizes that the games of their childhood weren’t so great, that the New Aesthetic happened, and that anything can be given a rose-colored tint with Instagram.

It’s like when John Gilbert and Charlie Chaplin couldn’t transition to the talkies. The past was too integral to what they were.

Due out at the end of this month for 3DS (a demo is available now), Etrian Odyssey has changed with the times. The fourth in the series has shed its retro scaling, with the designers opting for a cleaner presentation. The once godly chiptune has been replaced with standard MIDI music. The quaint pixel art has been updated with primitive polygons. And while the changes are anodyne, and the general idea of moving from square to square through a hedge maze is left untouched, the game looks and sounds the way a knock-off perfume smells. It stinks.

Etrian Odyssey 4 is done no favors by the fact that the 3D effects make no effort to give the illusion of a sense of depth. Turning up the slider only makes the backgrounds look like you’re viewing them through a glass of water. Nor does it help that the first F.O.E. you come across, a baboonish bad-guy that you have to sneak past, looks inexplicably like blackface. I will say that the baleen sample in the song that plays in the first dungeon is a nice touch, but the butt-rock that blares when you enter a battle, like Firehouse covered in GarageBand, is inexcusable.

I realize that the whole retro thing is played out, but here is the rare example of a game that needed it to exist. Etrian Odyssey was a product of a very specific moment in history. These days a highly-primitive RPG with an art style that swings between tacky and vanilla doesn’t make much sense. It’s like when John Gilbert and Charlie Chaplin couldn’t transition to the talkies. The past was too integral to what they were.