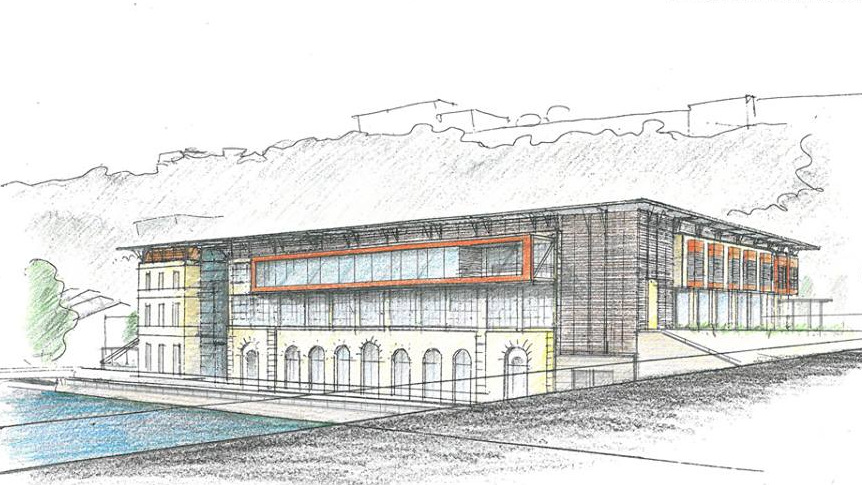 It’s a cold winter morning at Angoulême, a small town located at the Eastern side of France, and dozens of game developers, students and politicians are about to enter a huge building next to a river. The National Graduate School of Games and Interactive Media of France (ENJMIN) has a new home.

Since 2005, when the ENJMIN started offering graduate courses on game development, much has changed in the game industry. Games have, by and large, become more meaningful, they have a bigger audience now than ever, and they are crossing lines with other artforms more aggressively. These changes have also been part of the life of the school, which was founded under the hood of a bigger regional project that has built seven public schools dedicated to creative media in the same neighborhood of Angoulême, a city previously only known for its comics festival. Building this school from an ancient cigarette paper mill cost 10 million euros. It was funded by the Ministry of Education of France, the Regional Government and Pôle Image Magelis, the creative media cluster project that France started a decade ago in this town.

“Making mistakes is the most important ingredient in creativity,” Molyneux says.

At its inauguration, people gather in the school auditorium to hear Peter Molyneux give the opening speech. He talks about the importance of making mistakes and describes some of his errors when he began his new studio, 22cans, and while making Godus, his latest game. “Making mistakes is the most important ingredient in creativity,” he says. Molyneux is followed by a series of speeches by politicians that give their view on how games and other creative media are important to the economic development and cultural heritage of France. They also praise the founder and director of the school, Stephan Natkin, a stubborn professor that had a clear vision for the ENJMIN since its first years.

Apart from the high tech labs, large rooms and the beautiful river view from the project room, the most important elements at any school are the students. After a lunch break, the class of 2014 show game trailers and share some details of their games. From a virtual reality climbing experience using the Oculus Rift to a narrative exploring game where you interact with an A.I inside a spaceship, passing through an emotional journey of a fisherman, all of the games are surprisingly polished. The students are all at the end of their two-year Master’s program. The inauguration ends with a speech by David Cage, one of France’s best-known game developers, and one of the vanguards of narrative videogame experiences. After his talk, he decides to stay and spend some time talking to students. He might learn some new things.