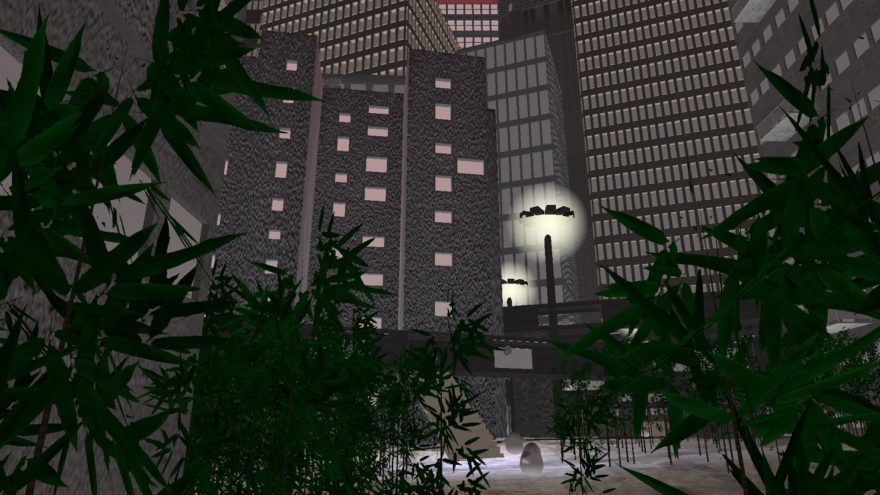 As the news coverage of Brexit rolls along the focus has inevitably, and somewhat depressingly, shifted to the fallout of the main parties involved. The Conservative party faced a swift and anti-climactic leadership battle following David Cameron’s resignation, and the Labour party is still in turmoil following an MP vote of no confidence against Jeremy Corbyn. Meanwhile, Nigel Farage was last seen sipping champagne with Rupert Murdoch following his own resignation as leader of the UK Independence Party.

While the press and political players scramble around these developments the immediate legacy, aside from political uncertainty and an economic plummet, is an atmosphere of palpable intolerance and racial tension. Lest we forget, Nigel Farage is a man who gifted the world with the ‘breaking point’ poster, a work that appeared to systematically demonize those seeking asylum from the Middle East. It’s precisely these views and rhetoric that Europia, a videogame designed by Maurice Andresen, attempts to challenge, giving us a little more insight into the refugee experience.

You play as an illegal immigrant. You’re confronted with a road, a single route into Europia, the fictional state found in the game. Other migrants ask you questions. “Have you seen my family?” asks one. “Have you seen my wife?” asks another. You pick up some money. It’s a five Euro coin. Everyone is walking in single file, not on the road, but to the side of it. And as you walk further down you begin to see the EU stars emblazoned on the border control. There’s a crowd milling about around it. You jump ahead of the queue and meet the border control officer. Like the building he is emblazoned with the EU stars, too. “Unfortunately we cannot process your application at this moment in time. Please understand we are very busy.” You look for another route in.

Andresen’s Europia is initially serene. You’re travelling at dawn and you hit a village first. Travel some more and you come across the city proper. The buildings tower above you, their perspective is distorted. “It’s meant to seem unmanageable in a way, and overwhelm you through the scale,” Andresen told me. “Things feel not quite right but you’re not in any danger—this sense of uncertainty but also you feel weirdly safe.” It’s indicative of Andresen’s attempts to demystify the refugee experience, to move past the binary representations we’re presented with in the media and by our politicians.

That demystification is also part of Andresen’s representation of the refugees themselves. Europia skewers the derogatory and inflammatory comments of anti-immigration discourse—the comparisons to rats, disease, and snakes—through its depiction of refugees as non-threatening, cloud-like entities. That approach was borne from Andersen’s own experiences: “I’m from a very small town in south Germany, and they’ve taken on so many refugees from Syria. Basically, we have these old French barracks and they put everyone in there—give them homes and stuff—it’s a welcoming place.”

But if the refugees themselves are non-threatening, almost cute, then the maze of tangled, broken, urban sprawl you find yourself in is anything but. It’s disorienting and frustrating, designed to reflect not only the physical disjuncture at entering a new city, but also the barriers inherent to the bureaucratic process of achieving asylum. Andresen reflected on his own attempts as a German national in trying to secure a UK passport: “It’s a very long-winded process—it’s almost as they want to put you off.”

Andresen also spoke of his hopes for the project. “I guess I want people to question the way in which we handle these situations and the way that the world shouldn’t be as restricted physically any more.” With the UK’s exit from the EU set to curb free movement of people, these physical restrictions look set to rise even further. Borders, at least for now, will become even more important. Europia, though, also questions the myth of Europe. It’s a timely reminder that those who do make it, far from being welcomed wholesale, still face significant barriers in the pursuit of a life free of persecution, danger, and oppression.