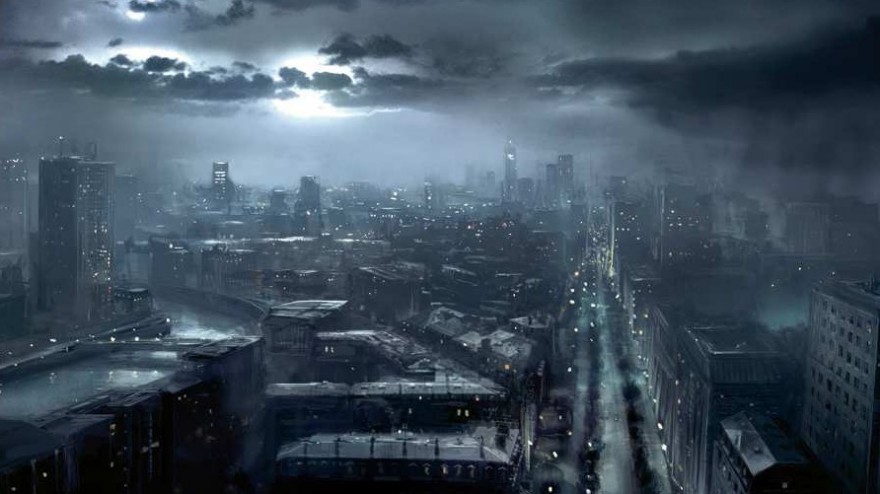 Up till now, CCP Games has been all about EVE Online. Their other projects have been spinoffs: an EVE FPS, an EVE boardgame, an FPS set in the world of EVE. That’s fine, really, as EVE is the preeminent work of sci-fi of this young century. But their interests go beyond null-secs and space frigates.

“The core dynamics of being human or vampire haven’t changed, but we’ve certainly been taking inspiration from a lot of recent things. For example, DayZ and Rust,” he says, which makes sense, as these are two of the biggest games in the PC universe right now, aside from, well, EVE.

It turns out what he loves about them is the same thing everyone does. Namely, that you can just run around and make of the game what you will, which, eh, also sounds like EVE. “[We’re inspired by] how the absence of all these structured game mechanics—by just allowing these natural interactions to happen—that is something we’re definitely incorporating into how we think,” he says.

I get goosebumps just thinking about the implications of a vampirish DayZ. You could be rising from the crypt to drink the blood of virgins by moonlight, or playing as the modern day Van Helsing who is trying to hunt these fiends and burn them in their sleep. It sounds like we’ll see what CCP is up to at the EVE Fanfest in May, where the game will “probably” be making its first public appearance.