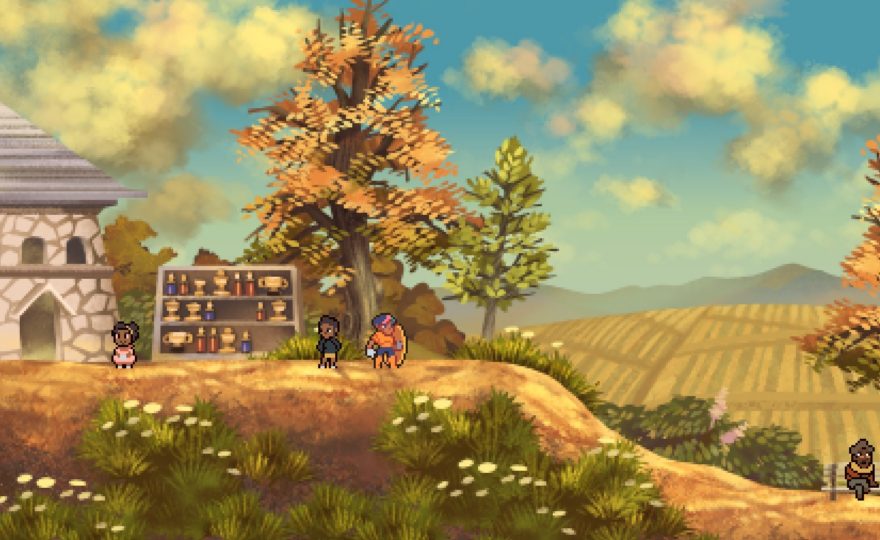 One of the hardest things to achieve in life is balance, yet it is utterly essential. A balanced diet, a balanced economy, a balanced environment—these are all things that we, as a species, know that we should strive towards. It’s what Even the Ocean is all about—a narrative platformer that will be coming out on November 16th—taking the idea of balance to every layer of its design.

At the heart of Even the Ocean is the concept of Light and Dark energies as found throughout its world and systems. Aliph, a power plant technician and the game’s protagonist, must balance these two energies whenever possible. The traditional health bar is replaced with a bar that shows how much Light and Dark energy Aliph has in her body. She can take on more of either energy by running through fields of energy and plants made of energy. But if she fills the bar up totally with either one of the energies then she will die.

Keeping the energy balance at 50:50 is desirable, then. However, there are advantages to absorbing more of each energy. Light energy is associated with verticality while Dark energy aligns with horizontality. And so if Aliph takes on more Light energy she can jump higher, while an increase in Dark energy will let her jump further. You’ll need to keep this in mind when making your way through the game’s dangerous power plants in order to restore equilibrium.


Perhaps even more intriguing, though, is how this energy system affects the logic and culture of Even the Ocean‘s world. It makes sense that the tallest city, Whitforge City, and its celestial spire runs on Light energy. Given that it relies on the power plants that Aliph restores to keep running, the city and its Light energy also come to represent industrialism and science. It’s telling that, in the city, the most elite citizens live near the top—the mayor and his top scientist specifically. What they fear is the city succumbing to dark energy as that would mean it would be flattened. Obviously, that would be a tragedy, but in metaphorical terms, the city being made horizontal might also mean the hierarchy of its people is demolished, and perhaps the wealth is better distributed.

This is the kind of larger themes that Even the Ocean seems to be veering towards with its narrative in the 30 minutes I’ve played so far. It also touches on environmentalism: the power plants seem to be getting sabotaged, and there is evidence that Dark energy has something to do with it. You’ll be able to find out for yourself how far it goes into these topics yourself on November 16th. And the good news is that Even the Ocean lets you customize its experience, meaning you can choose to avoid the more challenging platforming sections altogether and just experience the story, and vice versa if you wish.

Even the Ocean comes out for PC on November 16th. Find out more about it on its website.