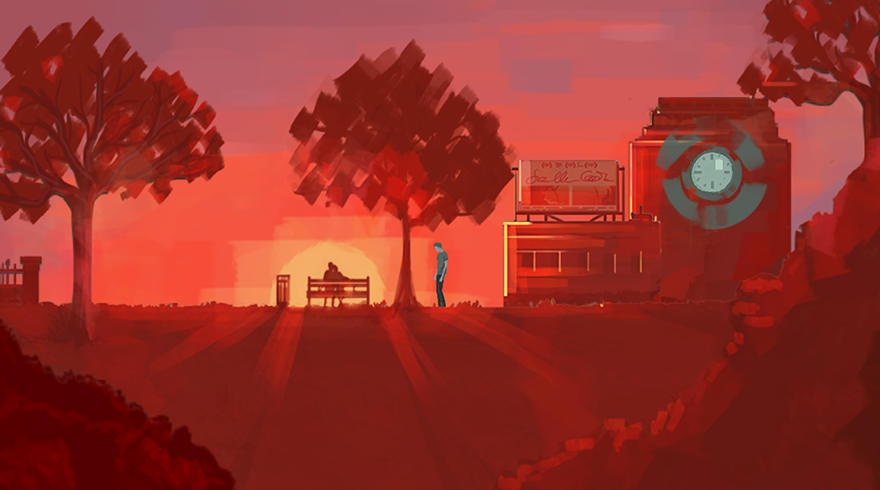 You know the feeling: your relationship has ended. What hope there was of rekindling it has long since faded. The detachment can feel crushing, and a peculiar transience sets in; you’re caught in a netherworld reeling from the loss. You still go about your daily business. You put the coffee on in the morning, you get dressed, and you might have a cigarette. But things are different now. You frequent the same spaces, the same bars and parks, you go to the cinema you’ve always gone to, except they’re tainted; past memories inhabit these places, recollections of shared experiences that are hard to swallow.

The End of the World, by Sean Wenham, is a videogame that takes the player through these experiences, and lets us view the the good times and the bad, in the hope that some sort of acceptance might be found. “Three years ago I had just come out of a long relationship,” Wenham told me. “I was feeling sad and I wanted to play a game that related to my misery the way a sad song does. After hearing (the 1960s country singer) Brenda Lee’s “The End of the World,” an idea formed and I started making this game.”

In the game, players assume the role of a nameless protagonist as he wanders the ruins of Newcastle, a city in the north of England, piecing together recollections of the relationship just ended. “The format for the game came from walking around Newcastle and seeing places we had been together and just feeling and being present in the memories,” Wenham said. “A space really holds someone’s presence after they leave.”

“People will play The End of the World when they need a sad song.”

In Wenham’s Newcastle, classical facades crumble into nothing. Industrial warehouses have fallen into disrepair, the brickwork caving in on itself, the buildings disintegrating before your eyes. What used to be a thriving city is desolate, the population is absent, save for you and your lingering memories. Urban degeneration is a symptom of mental anxiety, and the loneliness is compounded.

But it’s not all doom and gloom; Wenham hopes that “people will play The End of the World when they need a sad song.” It’s a cathartic experience, and also strangely comforting, reminding the player that getting over a break-up is a process, a painful one, but a process in which we need to revisit memories in order to move forward. Ultimately, it’s a message of hope and acceptance, and who doesn’t need a nudge in that direction when the going’s tough?

The End of the World is out now for iOS (App Store) and Android (Google Play). Watch the trailer here. 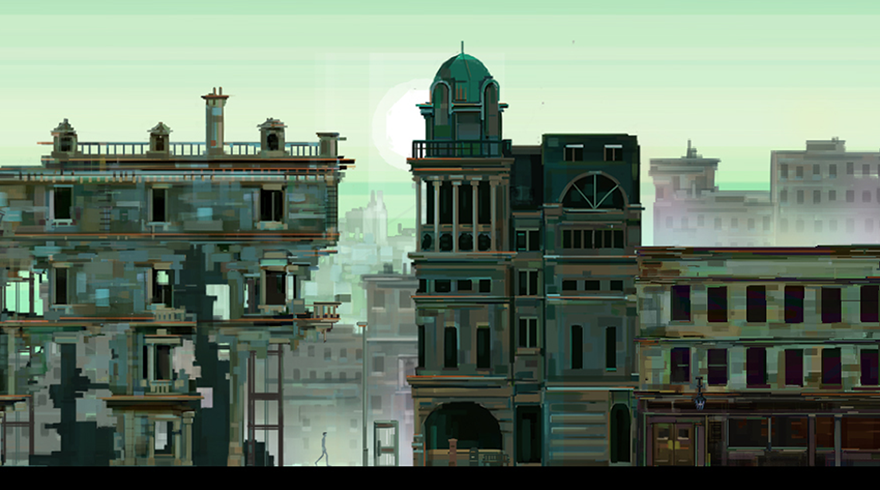