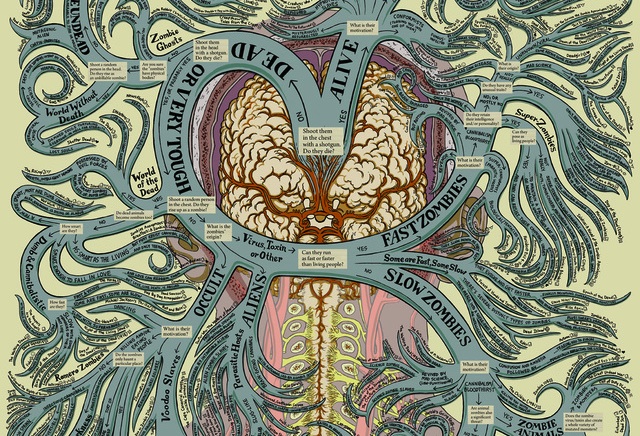 In games, we typically see the same brainless dolts for zombies. Yeah, clickers in The Last of Us were a nice change of pace, but as a whole videogame zombies haven’t evolved far beyond the mindless shufflers from Night of the Living Dead. They’re just fodder.

But zombies are a lot smarter than you think. There is much potential here, as this intricate taxonomical poster by Jason Thompson illustrates. Over 350 have been accounted for, including dead and alive zombies, alien and occult zombies, and slow zombies and fast zombies, with the careful consideration given to the breeds of zombies that contain both slow and fast varieties. And that’s before getting into the dreaded subspecies of Nazi zombies.

So if you’re a fan of the walking undead, or, better yet, a game developer who is working on a zombie game and in desperate need of inspiration, be sure to check out this wildly successful Kickstarter project. It’ll be going on for the next couple of days.