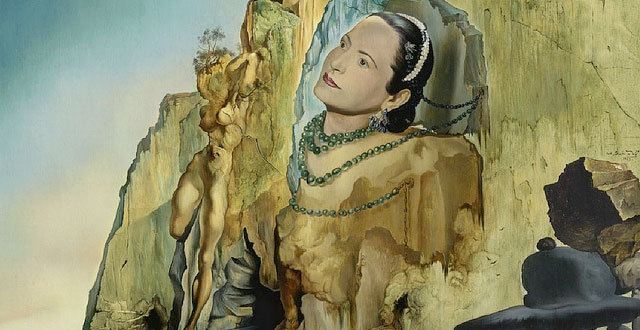 When I was young, my house abutted acres of forest. One area in particular took on an aura of magic. It was called The Low Spot. After raking leaves or scooping dog poop, I would gather this debris in a wheelbarrow and push onward to the end of the woods. There, a dozen paces in, was a natural pit, a recess deep into the ground, capable of swallowing whatever found its way into this damp maw. I would roll toward the edge and tilt the wheelbarrow up, letting the compost tumble and fall into The Low Spot. Every time I came back, the trench seemed even deeper. Maybe it was growing. Maybe I’d be next.

The memory reminds me of that well-worn origin story for Shigeru Miyamoto’s action role-playing game, The Legend of Zelda. You’ve likely heard it: as a kid, he ventured off on his own and discovered a cave. Anything might have been lurking there. He forged onward, cutting the dark with a glowing lantern. That feeling of discovery stayed with him into adulthood, until he finally designed his own undiscovered caves for the 1986 NES classic.

Twelve years later, Legend of Zelda: Ocarina of Time released for the Nintendo 64. It was immediately heralded as one of the greatest games yet conceived. Peer Schneider’s review for IGN64 began with this declaration: “The new benchmark for interactive entertainment has arrived.” I remember a friend popping the gold cartridge into his system; I don’t remember much about that same friend for months, so enraptured was he by this new polygonal world. When it released in 1998, I was almost 17. The main conceit, that you were an elfish naïf destined for greatness, an anonymous boy growing into adulthood while slashing monsters and questing for rubies, didn’t resonate with me. Maybe I was too old already, hung up on swatting baseballs for my high school team or trying to look cool while standing in a parking lot. Maybe I wasn’t old enough, not yet matured beyond all that surface grandstanding. Maybe it was all the other stuff resonating in me, the jittery fluids coursing through my endocrine glands. I was more concerned with saying hi to Katie M. in French class than with finding the three Spiritual Stones. I already had two, and damned if I knew how to use them.

With the June 2011 release of Ocarina of Time 3D for the Nintendo 3DS, I have a second chance to play what many still consider a highlight of the medium. But with time comes baggage. How do you have a pure experience with something that has already been christened by history? Over a decade of hype and expectation has poisoned the well; if this game isn’t perfect, stunning, a mind-explosion of undefinable euphoria, I will be disappointed. In this way, playing Miyamoto’s masterpiece, over a decade later, is a lot like having sex for the first time.

For me, not playing Ocarina of Time until now has been the ultimate exercise in abstinence. As a kid, sex takes on the status of myth, written from overheard shards of older sibling chatter, glimpses from late-night Showtime movies, and the burbling of our own adolescent bodies. Until you have it, all you know about sex is that you want it, and once you do, the sky will color over in sublime hues of gold and lavender and the world’s impoverished will dance together on a floor of regenerating sandwiches. Or something. Point is, sex is supposed to be pretty much the best thing ever. Just like Ocarina of Time. So how does the reality fare? This 30-year-old virgin of Hyrule aimed to find out.

I insert the game card, gently, into the slot of my Aqua Blue system. As I walk over to a red chaise lounge the system slips out of my fumbling hands, falling onto the carpet. I flashback to my first kiss, in my parent’s garage—It gets better the more you do it, she told me—and with that in mind, I begin my quest.

The 3DS version sports enhanced 3D graphics and a cleaner interface, with all HUD items pulled down onto the lower touch-screen. But the most notable difference I find while playing on a handheld, instead of sitting in front of a television, is the pair of eyes looking back at me. When the screen goes dark, I see my bespectacled face in the reflective surface. This ancillary “feature” seems quite apropos. Try as I might, I simply can’t play this game without niggling intrusions from two spheres of influence: 1) the fact that millions have played this same game before me, and 2) my own personal life. Of course, any game we play (or book we read, or film we watch, etc.) will be flavored by our unique circumstances. But this particular journey, taken at this particular stage of life, seems less accepting of a player’s real-life projections. The first time I see the dark lord Ganondorf, his elongated nose and sharp features remind me of my brother-in-law. A cut scene explaining the creation of the Triforce, the Zelda series’ most important relic, resembles too closely a plot-line from Superman 2. Princess Zelda appears slightly mannish. Had I played Ocarina when it first came out, I doubt any of these distractions would have pierced the game’s fiction.

This world is not its own perfect thing; it belongs to me now, susceptible to my own imperfection.

Such accumulation of buildup is what causes this minor obstacle to be so productive a dam. Less-revered games can be molded to fit each player’s context. But classic titles such as Ocarina of Time appear to exist separate from our own foible-laden chronology; they arrive whole and deserve to be consumed as intended. Problem is, the reality is always messier than the myth. That necessary gap between expectation and experience parallels the unsatisfying nature of other conquests. If I compare the superhuman coitus espied on late-night premium cable to my own fleshy debut, I see only faults: Where are all the candles, the sweeping music? Is it over already? Had sex been an utter surprise, a secret to be exposed only at the right time, its pleasures would be manifold, unburdened by the weight of waiting. That Ganon resembles my sister’s Greek husband is not the funny association it should be, but instead a mood-shattering distraction. This world is not its own perfect thing; it belongs to me now, susceptible to my own imperfection.

As a piece of entertainment circa 2011, though, the game holds up remarkably well. As I wander out into Hyrule Field for the first time and the sun sets, the sky does in fact bleed a luscious gold and lavender. Somewhere, a coyote howls. When the music shifts and skeletons scrabble out of the dirt, the sneak attack still feels effective, even though the choice was originally due to technical limitations; the Nintendo 64’s draw distance was quite short—so instead of enemies popping in as you traversed the expansive landscape, they would claw their way out of the nearby ground. Even more satisfying: cleaving their skulls off and watching them plod aimlessly, until the accelerated time-cycle elapses and the sun rises again, crumbling their bodies into dust.

There is a certain beauty in naïvely exploring this environment. I stumble upon a cathedral and am surprised when it’s labeled the Temple of Time. A veteran of Ocarina wouldn’t pause, the identity as obvious as any childhood haunt. My being an innocent, the reveal remains capable of instilling awe.

But then I get stuck on a puzzle in one of the early dungeons. I’m inside Lord Jabu-Jabu, a giant fish, and am carrying around a stubborn girl I’ve been asked to rescue from her invertebrate coffin. And I can’t figure out where to go. Again, the force of Ocarina’s influence subsumes me. Millions know exactly what to do, from the 23-year-old who first played it when she was 10 to the 40-year-old on his tenth playthrough. All remember their early struggles. All now push ahead with the verve and unrelenting pace of the experienced. I fumble around in the animal’s pulsing belly, feeling anxious.

That’s the beauty of anticipation: It can never be wrong.

As a child I would have groped around, explored, waded in the frustrating absence of progress, until finally, through some spark of intuition or blind luck, I’d look up after looking ahead and see, on the wall, a glowing orb to shoot.

As an adult, I wander for five minutes and think about what I’m making for dinner, whether the chicken is defrosted, if the rice I made last Friday will still be good; I remember an email I need to send, then hear the hacking sounds of my girlfriend’s cat and wonder if she swallowed an errant earring and the pointy nub has impaled her larynx or if she’s merely coughing up a matted wad of fur onto my favorite afghan. Finally, I look up a FAQ online. Use the slingshot! Of course.

The pressures of time push down on you more at 30 than at 10, or even 17, when I would have played this fresh. But that same pressure, when accumulated over a decade of anticipation, can yield something else: wonderment at what might be, the kind of productive curiosity that turns the fantasy tangible and allows your post-dusk thoughts to wander, inflamed by possibility. That’s the beauty of anticipation: It can never be wrong. As a young teen you lie on your bed, look up at the curved shadow on your ceiling, a tree limb or some other knobby protuberance, and think about Katie and what it might be like. The desire itself can be the reward. That picture in your mind is always pixel-perfect. Your imagined experience, manufactured outside the limitation of hardware constraints, sates your every whim, every time. Often those dreamy hors d’oeuvres are more nourishing than the eventual meal many years later.

Is The Legend of Zelda: Ocarina of Time everything I’d hoped? I can’t say for sure; I play games far too slowly for the demands of an always-online audience. I just exited the Temple of Time, seven game-years having passed and my adventure as Adult Link only now getting started. But that’s my favorite part: before you know what the future holds. When you can still imagine its grandeur, untainted by reality’s inescapable flaws.

Soon after beginning, I went back to Michigan to visit my family. I stayed with my mom, still living in that house near the forest. Spurred by the adventurous spirit of my green-tunic-wearing hero, I took a walk back to the periphery of the backyard. I stepped over some overgrown weeds; I had no blade and there were no rubies to be found. Past the ailing trees, I peered at where I sent so many wheelbarrows of excess dissolving to their fertilizing after-lives: the Low Spot, that unexplored dungeon of my youth. The concave patch of earth barely sunk below the surface. The depression, littered with branches, measured no deeper than twelve inches at its center. This was no matter-sucking void. This was a soft patch of dirt pulled down by the area’s lowering water table. Hardly the stuff of legends.

I think back now to the day I bought Ocarina of Time 3D. When I came home I felt a surge of excitement; I was finally going to experience this long-cherished title. I held the glistening package in my hand, expectant and ready.  Then I saw my live-in girlfriend on the bed, much the same. I set down the plastic Nintendo box. Here was another Low Spot to explore. The mysteries of an imaginary kingdom could wait.