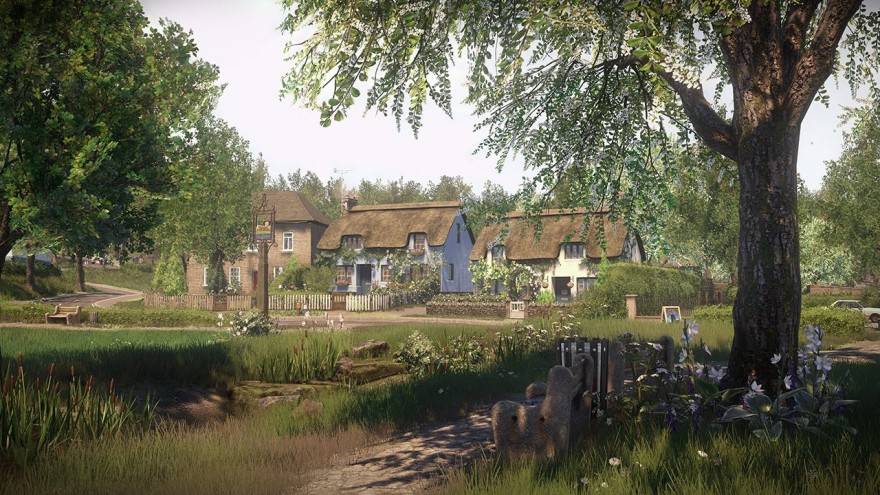 Everybody’s Gone to the Rapture designer Dan Pinchbeck has written a long blog post detailing the game’s creative genesis. Peppered throughout are some hints on what the final game—which, after being shrouded in secrecy, is due to be released in early August—might contain.

He’s spoken before (to Kill Screen, among other places) about the “cosy catastrophe” branch of apocalyptic fiction, a distinctly British take on the end of the world focused as much on the quiet dissolution and retention of social norms as it is on, like, marauding bands of radioactive freaks. Here he pinpoints their appeal to the era:

The early 80s was a tense time to grow up – the cold war was looming over us, AIDS was suddenly not seen as a disease limited to gay culture and was sold to us as a civilisation killer (no accident perhaps that the threat of a ‘gay’ disease went hand-in-hand with the political shift of acceptance at the time), there was a dawning sense of ecological crisis. There was a fair amount of hate and anger flying around in society as a whole – Thatcher was targeting the unions and destroying whole communities, we went to war with Argentina, unemployment was massive and social equality was being trampled under.

Perhaps not coincidentally, the game is set in 1984. The “cosy catastrophe” works, particularly those of John Wyndham and the 1984 BBC film Threads, responded to this anxiety as much as they fed into it. Pinchbeck draws an interesting line between that genre and the term “walking simulator,” the videogame sub-genre his early work Dear Esther is often credit with starting. “Both are derogatory terms that have been reclaimed by the people making them,” he writes, “and that’s a nice turnaround for me.”

Most interestingly, he contrasts that game, which was an hour-or-so jaunt through a bizarrely quiet world, with randomized audio sequences laid overtop, with his new work.

Dear Esther clearly worked, right… but it was linear, as is most game narrative. Especially in open world games, they were still essentially linear threads. You could explore the world openly, but then you’d lock onto a linear path and follow that. And I was wondering what would happen if you had genuinely nonlinear narrative – you could go anywhere, at anytime, and the story was just waiting there to be discovered? What if we pushed what was normally background narrative, environmental storytelling, into the centre?

The brief extended videos they released at E3 of the game being played show this in action—a wide-open world, full of nooks and crannies to explore. The Vanishing of Ethan Carter took a similarly unhurried, almost bucolic approach to walking simulation, but Everybody’s Gone to the Rapture looks to take it even further.

The blog post, which is worth reading in its entirety, is here.