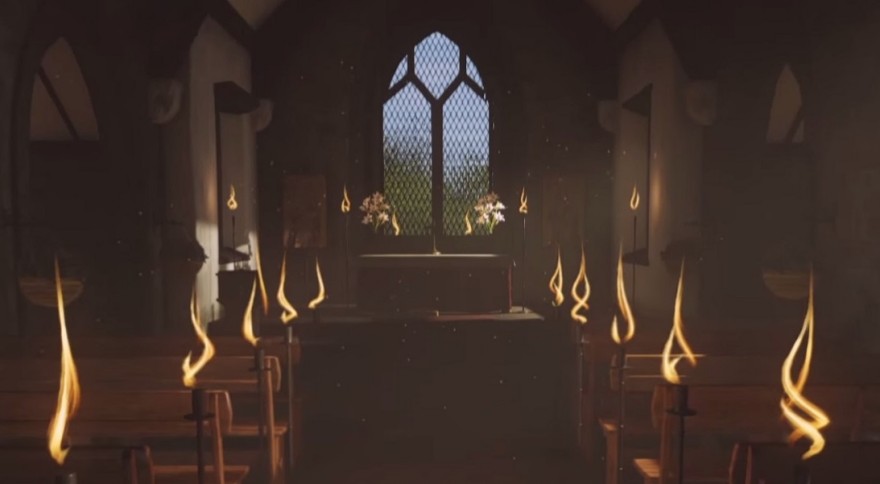 The launch trailer for Everybody’s Gone to the Rapture, an exploration game that juxtaposes the mundanity of human lives with the apocalypse, has been released. While it’s clear the game focuses on the few left behind after most other people have gone missing, the cause of the tragedy is unclear.

perhaps this was not god but humans trying to play god

The video juxtaposes religious and secular overtones. It begins with a recording of an astrophysicist declaring, “It’s over. I’m the only one left,” before a moving light draws our attention to the places there should be people. There’s been no sign of a struggle; there are  simply abandoned tasks. The sequence ends in a church, zooming across pews, each with their own lights, to focus on the altar before fading.Even as scientists declare it’s their fault and argue as to whether they’ll be able to stop it, hymns persist behind them. The couple of survivors argue about their safety and lights travel over quiet night scenes to highlight who’s been lost. The religious iconography of the game is undeniable and ever-present, but the inclusion of research even down to the site teasing us with interviews and journal abstracts suggests that perhaps this was not god but humans trying to play god, and, regardless, perhaps it can be reversed.Everybody’s Gone to the Rapture releases for PS4 on August 11.