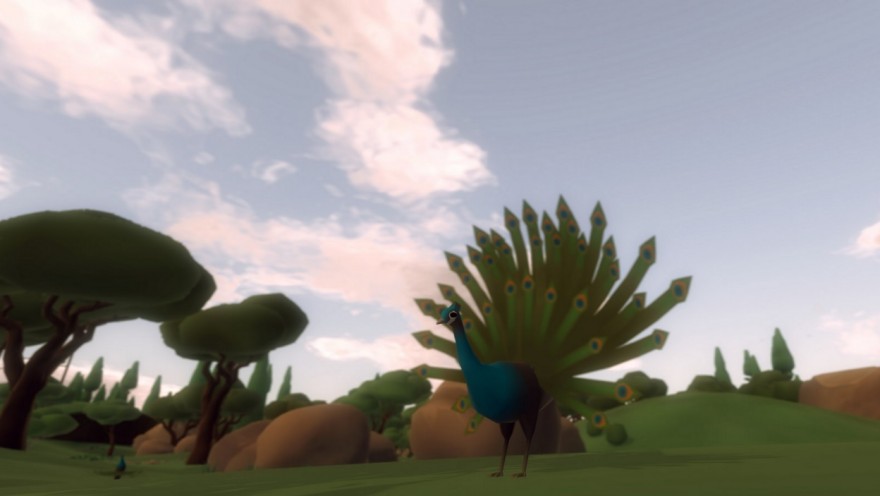 Everything is coming exclusively to PlayStation 4 in the near-ish future. Er, that is, Everything, the next game by David O’Reilly. Not, you know, everything. It’s a simple idea with a huge scope: you can embody and play as everything that you see in the game’s universe. Damien DiFede, the game’s programmer, has had to come up with a new way to create and design levels to accommodate this ambition, treating objects more like ecosystems. When O’Reilly says “you [can] be anything you want” he means it.

While this promise of being able to become anything does seem to be a one-upmanship of No Man’s Sky‘s enormous procedurally generated universe, there’s a big divide in the two games’ roots. No Man’s Sky is largely a mathematical feat about conquering planets, plants, and creatures by discovering and recording them; it’s an imperialist’s wet dream. But Everything is almost the opposite of that. You don’t hold power over your findings by categorizing them, instead you enter their bodies, see through their eyes. “If you ever wanted to see what it’s like to be a horse, or a paperclip, or the sun, this is for you,” O’Reilly says. “Your main power in the game is Being (there are more but I won’t ruin the surprise).”

Everything might seem like it’s trying to be the ultimate empathy game, but this doesn’t encompass its entire pursuit. It is more rooted in an ontological interest. O’Reilly wants to explore the nature of being and how it is that we understand and talk about things in the universe. “It sounds obvious, but people have been arguing about what things are since the dawn of time,” he says. It’s a line of thought that branches out from Descartes’s famous notion: “I think, therefore I am.” Having consciousness is enough to confirm our own existence. If so, then perhaps transferring that consciousness to flowers, peacocks, or an entire nebula can help to prove their existence too. This is what Everything is all about.

O’Reilly sees Everything as a continuation of the themes he explored in Mountain (2014), in which you were encouraged to regularly check up on the titular landmass as it floated in space. Notably, this mountain was shaped around questions you answered at the start of the game, lending it a personality. Over time, large objects wedged themselves into your mountain and you would learn that you could please it by playing songs on the touchscreen. All this led towards you beginning to care for this mountain as if it were a person. Mountain had us question our understanding of what a rock is, or what it could be. Everything looks to expand that to, well, everything else.