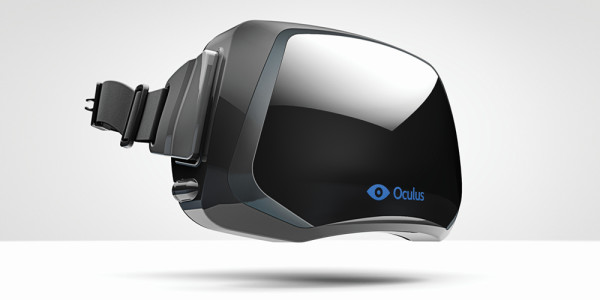 On the occasion of CES, the annual “consumer” electronics extravaganza in Las Vegas, murmurs started to be heard about whether virtual reality headsets were all that useful, particularly at the prices at which they are being sold. Better late than never.

CNN, however, is here to distract from the doom and gloom with an article cheerfully entitled “Google Cardboard saves baby’s life.” When you put it that way, VR sure sounds like money well spent. Granted, that title is somewhat hyperbolic. VR’s corporeal presence did not save a baby’s life all on its own. Rather, it allowed doctors at Miami’s Nicklaus Children’s Hospital to visualize a treatment to save a four-month-old’s heart. Without this visualization, doctors say they would have been forced to carry out a more dangerous procedure. They didn’t, and now everything appears to be okay. So, there: one use case.

The great irony of this use case is that it’s also VR’s cheapest implementation. As CNN so gently puts it: “A toy-like cardboard contraption that sells for less than $20 online has helped save the life of a baby who was so sick that doctors told her parents to take her home to die.”


Just imagine, then, what you could do with $599 of VR! This, by the by, is the newly-announced price for the Oculus Rift, and you should keep on imagining because the use case for this piece of kit is…not obvious? You can play games, sure, provided you also happen to be in possession of a nice gaming computer. And, well, that’s about it—at least for now. If you can save lives with the Oculus Rift, it likely won’t be at 30 times the frequency of Google’s Cardboard. Where does that leave everyone?

what’s the value of promise

In an effort to quell this existential angst, Oculus founder/developer Palmer Luckey took to Reddit last Wednesday night. In January, he explained, “we committed to the path of prioritizing quality over cost,” which explains the current price tag. “To be perfectly clear,” he added, “we don’t make money on the Rift.” Luckey added that he’d learned his lesson and would not be providing any more ballpark price figures in the future.

There are, it seems, two separate yet occasionally confounding variables when it comes to VR: price and value. On the one hand, $20 is great value for saving a life. Heck, $599 would be great value, too! And if that number priced-in all the costs of producing said innovations, everyone would presumably be pretty happy. But what is the value of a piece of kit that, for all of its advancements, does not offer a high enough resolution for such close-up viewing? More to the point, what’s the value of promise, because that is what is really being sold here?

Insofar as the answer is far from clear, determining a fair price is nigh-on impossible. You can charge what the market will pay, but when the market is paying for promise, it all gets a bit tautological. All of which is to say that it can be simultaneously true that Oculus is prioritizing quality, making no money on the Rift, and a baby is still alive because of a $20 Cardboard headset. At least one of these things is certainly good.