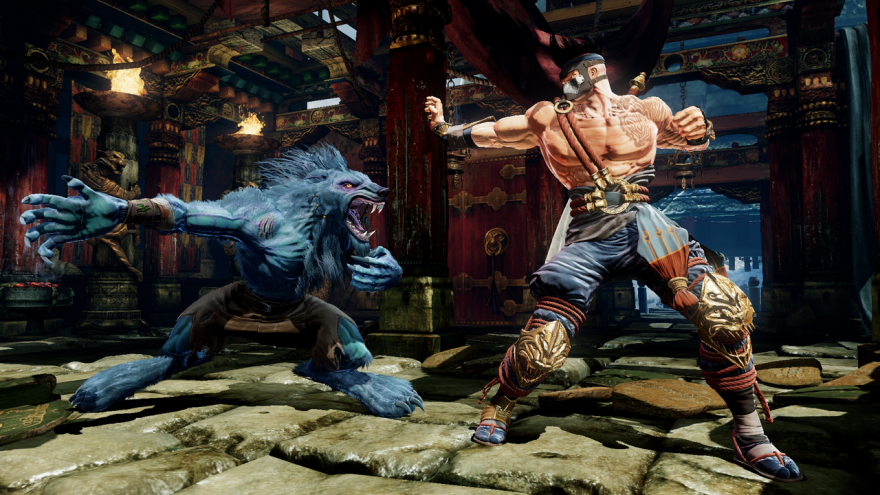 The latest Evolution Championship Series (Evo) had plenty of action and drama to fill the weekend. Intense fights were had, hugs were given, tears were shed, and some shirts even came off. One of the highlights of the event, though, was a particularly daring comeback during a Killer Instinct match between players Sleep NS and UA | My God.

About 15 seconds into the video, Sleep’s fighter Kan-Ra is down to a pixel of health, up against My God’s Sabrewulf, with a full bar. Sleep manages to boldly shave down some of My God’s HP before they both settle into a tense standoff, with Sleep spamming ranged attacks on the right side and My God blocking to the left.

It’s clear based on My God’s defensive approach that he was choosing to wait the timer out instead of finish off Sleep, even though it wouldn’t have taken much more than a flick to bring him down. The live audience didn’t seem too happy with My God’s turtling, either—they begin booing him.

I’m not sure if it was peer pressure from the crowd or the real pressure that Sleep starts putting on My God about 1:30 in, but My God is eventually spurred into action… and then promptly gets destroyed. By a guy with barely 1 HP. It’s devastating. It’s humiliating. It’s a classic underdog story from start to finish, unfolding in less than a minute, and one that should have never happened. So what is going on here?

“What are you standing up for?!”

When it comes to eSports, Counter-Strike is my game. It’s stressful enough having people dictate strategies over your shoulder when you’re the last one standing in a competitive match. But imagine being backseat-gamed by thousands of strangers, all in the same room as you. Live. In front of the entire community that supports you. At least the pro-CS:GO players get to wear noise-canceling headphones.

My God wasn’t the only one who may have lost due to the pressure of the crowd at this year’s Evo either. Professional Guilty Gear Xrd player Woshige celebrated a second round comeback of a best-of-three match too early by jumping up out of his seat to reap the cheers of the crowd. “What are you standing up for?!” the commentator screams. And he’s right to. As in doing so, Woshige was late to the start of the third round in which his opponent, Owaga, took an easy win.

Crowds have always been a major element of traditional, physical sports, but the concept of an audience has only recently become as significant to digital games in the way we know it today. Even single-player games can become social events with livestreaming and Let’s Plays where the role of spectators is as important as both the player and the game themselves.

This has spawned everything from full-time streamers to bizarre social experiments like Twitch Plays Pokémon, and even games built entirely for the purpose of player-audience interaction like the livestreamed griefing sim Choice Chamber.

As complex as the impact and growing significance of the audience in eSports can get, though, it’s still funny to see its dynamic manifest in something as simple as this: a good old-fashioned mix of backseat gaming, peer pressure, and maybe a bit of miscalculated confidence.