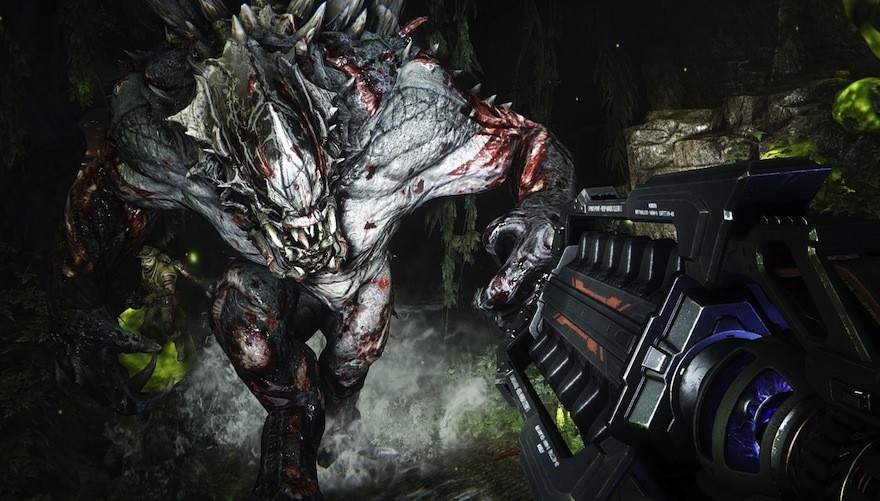 As evidenced in this new interactive video of space cadets shooting bullet-spongy, albino mutants, Evolve is getting its multiplayer-online-battle-arena on. The 4-on-1 giant monster battling game from the makers of Left 4 Dead, coming to PCs and next-gen consoles later this year, could be a bellwether for the mega-popular esport hatching out into other forms of games.

A crapload of MOBA stuff is evident. Take the fact that you level up within the space of one battle; that you kill this game’s version of “creeps” to level up; that while leveling up you buy power-ups during battle. Then, there’s the emphasis on running down pathways you always see in DOTA matches. Also, not to be ignored is the game’s hyperactive announcer. It sure seems Turtle Rock is trying to position this as a spectator game for Twitch audiences, albeit one you don’t have to study for 10 hours before you understand what’s going on.