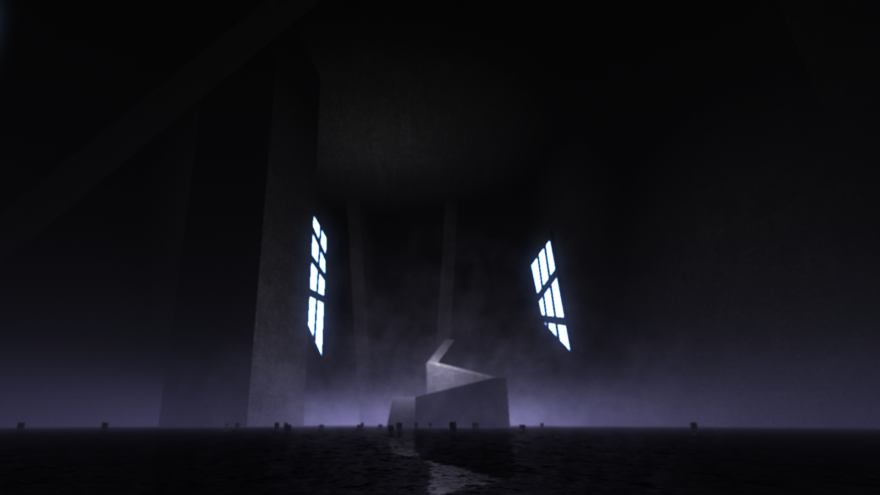 That NORTH is about the current climate surrounding mass immigration is about as obvious as a sledgehammer to the face. It’s coated in 80s synth-pop sci-fi as if to cover it up but there’s no denying it. You are a person in an overwhelmingly foreign city. You must learn the customs of this new culture. You have traveled from the south, escaping its lakes of fires, crossing a harsh desert, and arrived here where you hope it’ll be safe. Subtle this game’s allegory is not.

Mind you, the creators at Outlands (who also made the politically-charged Dämmerung) aren’t necessarily trying to shroud their efforts, considering they’re openly donating half of all the money NORTH makes to Refugees On Rails and Refugee Open Ware. Perhaps they can be forgiven. What Outlands specifically swivels its lens upon with NORTH is the scary process of learning, growing accustom to, and being officially accepted by another society.

NORTH wants you to feel utterly lost in this place

This is realized through the architecture of the game’s virtual city, which seems to grow endlessly upwards in concrete around you, and by the lighting that gives it all an unwelcome dinginess. In fact, the look of NORTH takes directly from the set designs of German Expressionist classic The Cabinet of Dr. Caligari (1920), borrowing the large slanted silhouettes of windows and sharp, oblique slopes that run through the city. The result is a three-tiered mass of towers and alleyways that unsettle you at first before you work out how to navigate it all.

Beyond that, NORTH seems to fail and succeed simultaneously. You are tasked with applying for asylum in this city—you know this as your character writes a letter to his sister at the beginning—but the granular details of achieving this are left for you to figure out. NORTH wants you to feel utterly lost in this place. This is why there are strange creatures in your apartment, why your workplace demands you adhere to a peculiar ritual, and why the people in this city worship surveillance as a god (a commentary on contemporary western norms). Nothing makes sense here. The idea seems to be for you to feel as any real asylum seeker does when they first arrive at their destination. And in doing this it could be said that the game is successful.

However, in trying so deliberately to alienate, NORTH risks losing you altogether. There is a hint system but it isn’t immediately available: you have to experience being stuck in a place first before you can write a letter to your sister that explains what you’re supposed to do. And the mini-games that you have to complete aren’t explained at all and don’t have the benefit of being obvious enough for them to be immediately worked out either. Everything is obfuscated so much that you’ll probably give up playing the game after only 10 minutes. But maybe that’s the point.

Given that NORTH is clearly meant to confuse, it might be that Outlands intended for many of the game’s players to not make it all the way through, to get stuck and to give up. This would mean that these players’ efforts to be granted asylum would have failed. In such a case, perhaps Outlands means to make a parallel between the players and actual asylum seekers, sending the message that the many legal and cultural transactions that refugees go through are too difficult and unreasonable. That may be giving Outlands too much credit for what is actually a failure. But it’s a reading of the game that certainly exists no matter how it came to be.