For all our think pieces about interactive media, social media, and virtual reality, we are all still very much living in a culture of spectation. Big budget movies, music videos, episodic television, and professional sports: these are still the main sites of cultural cohesion for most people in the United States and in large parts of the world. And, it could be argued, that post-digital social-cultural practices are just spectation on a higher level. Perhaps Facebook and Twitter are just spectator-ready versions of other people’s lives. And, it seems that gaming—that most elementally interactive of activities—is becoming more and more intimately wrapped up with spectatorship, with non-participation.

I ended up encountering two of the biggest action games of recent years, Bloodborne (2015) and Dark Souls III, not as a player, but as a viewer. My roommate played through Hidetaka Miyazaki’s two dark visions almost back to back earlier this year. I started out sitting in our living room trying to get homework done, but becoming gradually more drawn into the dark fantasy otherworld that was being spooled out on the TV screen, one death at a time. I sat there, fascinated, even watching him fall time and time again to the same giant reindeer-wolf, the same graceful dancer-ghost.

But my revelatory encounter with non-participatory gaming can’t be isolated to just my own experience. Spectatorship has become completely braided into the practices of interactive media. And perhaps it always was to some degree: a lot of people I know spent whole afternoons with early consoles trading lives with the friend or sibling on the couch next to them. But the sophistication of recent forms of gaming spectatorship outstrips this experience, or mine with Dark Souls.

Just recently reports came out that the Manchester United Football club is looking to sign an esports team, particularly one playing Overwatch, to its promotional roster. The fact that one of the world’s biggest sports franchises is engaging with videogames speaks more than reams of viewer statistics to the impact of gaming spectatorship. 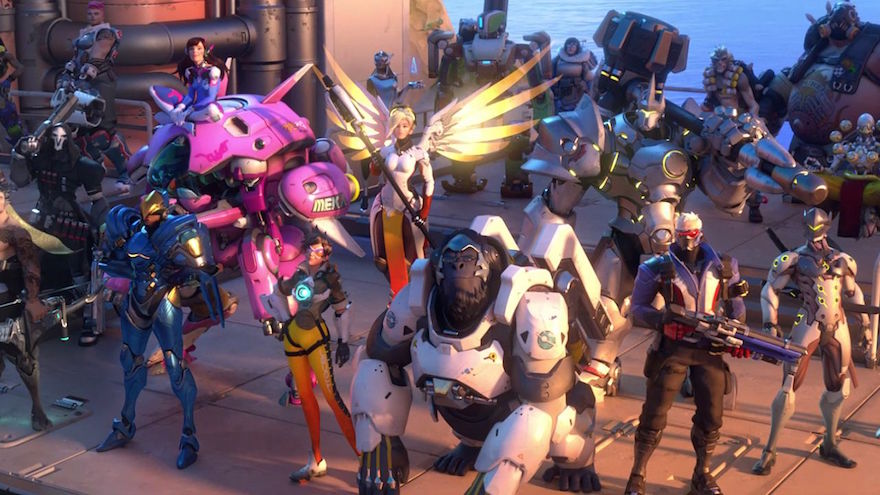 But this kind of gaming non-participation is really nothing new. The practice of watching highly-skilled professionals who have sunk countless hours into their chosen game is as old as pro-sports. We are always drawn to spectate feats of talent that we could not achieve ourselves. What fascinates me more is the way that even quotidian modes of play have been drawn into a matrix of non-participatory play.

Take the massive popularity of Let’s Plays for starters. YouTube videos devoted to sometimes full-length playthroughs of games, Let’s Plays have become a real cultural force in recent years. Swedish YouTube behemoth PewDiePie has become a sort of online-only household name off the strength of his Let’s Play videos alone, pulling in about 12 million USD in pre-tax income per annum. While a lot of Let’s Plays are fairly lame, with a guy or two making dumb voices and bad jokes, some are real works of fandom and aesthetics. In an article for the AV Club, Patrick Lee writes “Let’s Plays are also more than just guided tours through a game. They have the potential to be expressive works themselves.” In their possible mixing of critique and fandom, of walkthrough and aesthetics, of memory and reflection, Lets Plays at their best provide a window power of non-participatory gaming.

We are always drawn to spectate feats of talent

But these examples don’t really answer—and in fact just deepen—the question of why watching someone else play a game could be so engaging. Is spectating not counter to the interactivity that is supposed to be the core of videogames as entertainment? Is appreciating games in this way missing the point entirely? Still, I can’t shake the notion that my experiences with Bloodborne and Dark Souls III were just as profound as the ones my roommate had.

I’ve come up with two theories on the significance of non-participatory gaming that are interrelated in ways that can provide a more comprehensive explanation.

There seems to be an inverse relationship between my engagement with the mechanics of a game and my ability to appreciate its more diffuse aesthetic features. Or to put it another way, in my experience, the progressive challenges of a game are opposed, at some deep level, to the game’s design elements: art, architecture, sound etc. Blasting through planets in Super Mario Galaxy (2007), it is easy to let the carefully built spaces full of cartoon colors and gracefully defied physics become a blur, just a series of platforms to hop between. I might argue that all the design elements of the game deepen the immersion in an unconscious, gestalt-sort-of-way. But that line of thought doesn’t jive with the focused attentiveness that a deep dive into the visual (and sonic) arts requires.

Therefore, non-participatory gaming can come at the immersion paradox from the other side. By experiencing less immersion, by approaching the game from without—rather than from within—I am free to let my eye wander across the screen, free to let my eye light upon what interests me, rather than what might kill me, might contain an item, might allow me to progress a step further. This notion does much to explain why the Miyazaki games proved themselves so fruitful to this kind of gaming. The settings of Yharnam and Lothric are chock-a-block with detail: the agonized face of a statue, icebergs of melted wax, the pattern of bricks on an archway, the melancholy fall of golden leaves over the corpses of zombified knights. All these tiny elements caught my attention at the periphery of my roommate’s epic battle with deft timing and extreme difficulty. And while my tour through these locales was, in a sense, on rails, it probably also saved me from a thousand-hour playtime of me stopping to inspect the woodwork on a coffin or dying intentionally to some beast so I could see the wind in its fur.

In his commonplace book, Anton Chekhov recorded a “professor” who said that “not Shakespeare, but the commentaries on him are the thing”: that is, the work of art isn’t as important as the accumulation of discussion around it. The Russian playwright meant this as a bit of gentle ribbing toward a blinkered academic, but, if anything, the early 21st century has taken it as a credo. Blu-Rays with a half dozen commentary tracks; album reissues with thick booklets of photos, set lists, track-by-track explications and nostalgic essays; reams upon reams of fan theories about every show ever; or, my favorite example, the Norton Critical Edition of Heart of Darkness (1899) with its 100 pages of story and 400 pages of textual apparatus. Ours is an era that likes to talk about art more than it likes looking at art.

And why not? Wasn’t art always meant to be a vehicle to socialization, to creating cultural cohesion and/or dislocation? If I expand the definition of non-participatory gaming to include not just Let’s Plays and livecasting but the whole empire of discussion and commentary about a game, it’s clear that playing without playing has become the real cultural site of gaming. This provides me with a vision of gaming that isn’t just a picture of a nerd in a room, but of players as atoms in a vast system of appreciation.

If I am to attempt a unified field between these two theories on non-participatory gaming it begins with this: that I have insisted on referring to it as “gaming,” not as “watching” or “spectating” for a reason. This reason being that I strongly feel, as many others do, that the boundaries of what is and isn’t gaming are fluid and shifting rapidly. And so, too, with what is and isn’t important in a given game. Finding new strategies for thoughtful play seems to me to be paramount in the future of the form, whether or not these strategies even involve picking up a controller at all.