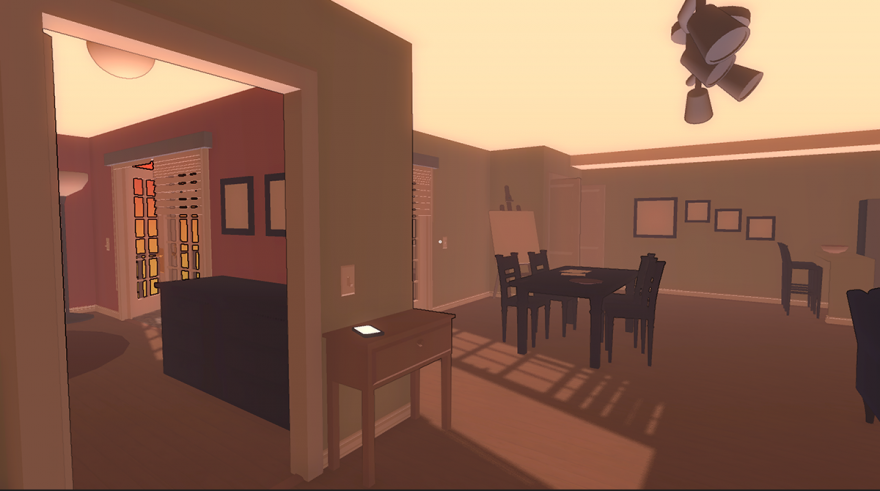 One of the strangest and most difficult changes that comes with breaking up is the newfound distance between you and the person you’ve shared so much of yourself with. Breaking up doesn’t just replace closeness with separation. Closeness is replaced by a sudden and violent severing, an unbridgeable chasm suddenly appearing between you and this other body—a body that felt as accessible as your own hours or days before.

The narrative-driven game a•part•ment, nominated as a 2015 student IGF (Independent Games Festival) finalist a few months back, examines the empty spaces left behind by severed relationships. To coincide with their Kickstarter launch, The Elsewhere Company released a demo of a•part•ment, showcasing the game’s strong visual and textual storytelling.

In a•part•ment‘s main storyline, you play as Nick Connor, who roams through his place, searching for ways to cope in the aftermath of a breakup. As a comic book artist, Nick decides to work through the loss in the only way he knows how: by drawing key moments from their relationship in a comic strip. For inspiration, he inspects the various objects that he and his now ex-girlfriend Madison have accumulated over the past four years.

Reflecting on the space he and Madison shared together, Nick tries to make sense of the intangibility of their newfound separation. But the physical evidence of their intimacy acts like salt in the wound. Like the apartment itself, the recreations Nick draws transform from inhabitations of pleasant memories into tombs memorializing what used to be.

But while half of a•part•ment focuses on Nick’s struggle, the other half zooms out of their relationship to peak behind the doors of neighboring apartments, where others are loving and losing as much as the main couple. The finished game will include nine other vignettes delving into the lives of Nick’s neighbors. Mostly, the demo focuses on Jim, who moved across the country after graduating from college.

As Jim struggles to make a home out of the unfamiliar spaces that surround him, another apartment down the hall houses the story of an up-and-coming novelist grappling with the consequences of her recent fame. The novelist’s vignette places the player in front a mock version of a Macintosh word document, as Rose attempts to write a winter love story. But as the player soon realizes while typing out Rose’s story letter by letter, she’s dealing with her own relationship trouble, the guilt over cheating on her husband influencing every word she writes. 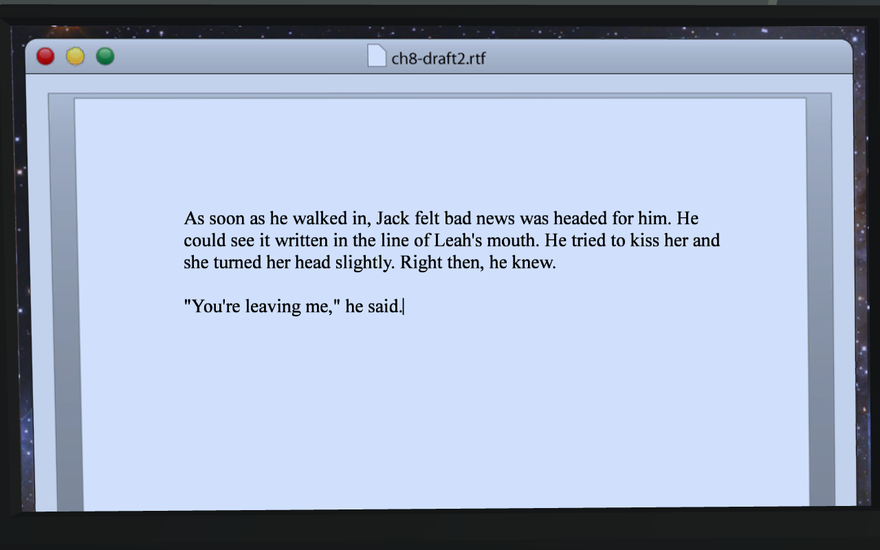 So much of a•part•ment is about the physical evidence of our collective isolation and loneliness. Even the name itself underscores the separation inherent to our most common type of habitations in the 21st century, addressing the division of people who share the same emotions, experiences, and even living spaces—while never once knowing each other.

As a dismantling of that isolation, a•part•ment converges the otherwise parallel lives of the building’s inhabitants. Hints of Nick and Madison’s narrative are even found in the story the player pens using Rose’s keyboard. In some way or another, all the vignettes repeat and expand upon the emotional beats in Nick’s main narrative, showing the universality of our experiences while simultaneously questioning why we choose to soldier through them all on our own.

You can play the demo on PC, Mac, and Linux now, and get an extended version for being a backer. Be sure to follow a•part•ment’s development on Twitter, and to back it on Kickstarter.