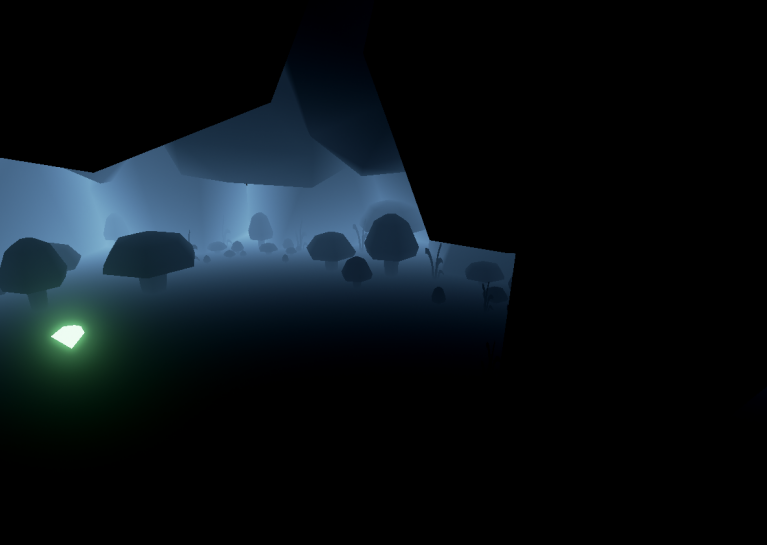 In some beliefs and cultures, the separation of Earth and Heaven isn’t so cut and dry. In some, there’s an odd space that finds itself sandwiched in between: a point of connection between the ground we know and the sky, whether it’s materialized by a tree, a totem, a mountain, a pillar, or anything sculpted by nature or man. In Axis Mundi, a virtual reality game borne of the recent “waves”-themed Global Game Jam, the so-called connection between Earth and Heaven is a grim place.

Designed in Finland by Hu’ng, Kalle, Essi Tommila, Antti Kytö, and Mirka for the Global Game Jam, the VR game sees the land of Axis Mundi as a frightful place full of terrors. The player, donning a HTC Vive, must navigate the pitch black night with only echoing sound waves as their guide. The sound reveals objects in their path—but it also urges you closer to dangerous monsters. The primary goal of the game is to find the glowing gems in the distance and avoid the ghastly creatures that haunt your headphones, all in order to complete the luminous alter.

The game has its roots in actual folklore, as it was developed with the optional ‘Diversifier’ (or, extra requirement) “Local Lore” in mind. According to Finnish folklore, the dome-like sky above is supported by a giant “world-pole,” where the connection of the pole allows the Earth to rotate on its axis. The pole, or sometimes a tree, is often seen as a symbol of the struggle between order and chaos, or alternatively life and death. In Axis Mundi, the monsters are the pull of death, and the light is your beacon of rescue.

See Axis Mundi in action below, or download it here on the Global Game Jam page to try it out for yourself. HTC Vive required.